QuickHaggle: Failing to Build a Big User Base 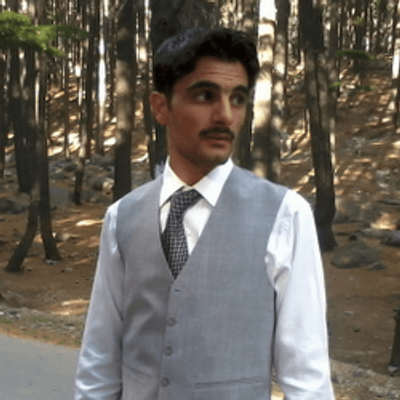 QuickHaggle: Failing to Build a Big User Base

QuickHaggle was a community in which online users could exchange their skills. However, just like in old age, with the barter system, it became really difficult to find people who were looking for your service, and in exchange, could carry out what you needed. After some months, Bilal decided to shut it down.

Hi Bilal! What's your background, and what are you currently working on?

Hey there! First of all, thanks to Failory for having me on their website. My name is Bilal Ahmad and I am from Pakistan. I have done an MBA, but my interests have always been in computers. I wanted to do a master in Computer Sciences but my Dad wanted me to make a career in Business Administration.

While I was studying, I started my career as a blogger in 2008. My first blog was TechMaish, which I am still working on. Apart from the blog, I also do affiliate marketing and freelancing. I have worked with several companies on SEO projects, such as link building campaigns and on page optimization.

One of my previous businesses was QuickHaggle. It was one of my dream projects and I wanted it to be a successful company, but it didn’t work as I expected. I worked on it for a year and tried very hard to make the idea work. But it ended up failing.

QuickHaggle was a community in which online users could exchange their skills. For example, if someone was in need of web designing and in return he could offer proofreading services, a person with similar needs and skills could exchange them with him. Thus, both users could get the service they needed, without paying anything. This was the whole idea of the QuickHaggle.

The Idea is similar to Freelancer, but in Freelancer, you have to offer money to get a service. In QuickHaggle, instead, you didn’t need any capital. Thus, both parties engaging in the trade could save money and still get what they needed.

The whole idea was based on the barter system. Just like in old ages when people were trading in commodities instead of money. It was difficult for old ages to find the exact commodity in exchange for the exact one that is needed by the other party. However, today, in the age of the Internet, it is quite easy to find what you need as the whole world is globalized with the web.

How did you build QuickHaggle?

The site was built on Titan Classifieds script. For the design, I hired a freelancer on UpWork. The old design of Freelancer was relevant to what I was thinking for QuickHaggle, so I told the designer to use it as an idea and make it unique.

The TitanClassified script was modified by the coder to add several features and functionalities to make the idea work. He included, for example, a rating system, so that both parties could give ratings when they were done with the exchange. With this, I also forced both parties to play by the rules and not cheat in the process.

Which marketing strategies did you use to grow your business?

Since the idea was unique and needed a lot of advertising, I first started with Facebook Advertisement and ran several ads to create a word of mouth for it. I spent more than $500 initially on Facebook Advertising. The result was good and people really appreciated the idea.

I also used Google Adwords and targeted some specific keywords, but the number of searches was low. That is why I skipped using Google Adwords.

I also wrote on some blogs, like FamousBloggers, in order to create buzz for the idea. The support and appreciation were good and people were liking the idea. But not a single trade was made via the platform. That is why I stopped and let this site die alone.

Which were the causes of Quick Haggle's failure?

The idea was unique, but it needed a lot of promotion. And not only a lot, but also continuous promotion. This was the reason why I decided to stop. I had already spent more than $4,000 on the site and not a single trade was made on it. This made me feel discouraged and (luckily) help me realize that I should stop making investments in the business.

I believe one of the main reason for failure was trust deficit between the parties. Although the rating system was working correctly, if one of the party failed to deliver, then another would waste his skill and time without getting anything in return. I think this was one of the main reasons for the failure of the site.

The biggest disadvantage was my lack of knowledge about coding. I had to hire freelancers to correct any errors on the site. If I was a coder, this would have made it easier for me to keep operating the site.

I spent around $4,000 on it and made $0 from it. I lost all the investment. Frankly speaking, I was not concerned about the money I invested, but I am really sad that the idea did not work. I liked the idea very much and really wanted this to work well, but things did not go as I expected.

If I had to start QuickHaggle again, I would work on a mechanism where both of the party feel safer when exchanging their skills. For that, I would introduce a system based on a guarantee, where both parties have to agree to deposit an equal amount of money in their respective accounts. If one of the party tries to cheat or does not provide the skill as agreed, then QuickHaggle as a mediator would consider the situation and send that amount of money to the party who has successfully delivered the work. This system would establish trust in both parties and the trade could be completed successfully.

I learned that unique ideas are great, but they usually require much more efforts and money to make them work. The project was very unique and I had limited knowledge and resources to make it work.

I usually read Neil Patel Blog, Quicksprout and SearchEngineRoundTable in order to keep improving my various skills. I am a full-time blogger and I am always reading content to make my blog better every day. The digital marketing and blogging market is a vast field and you have to be updated all the time.

You can find more details about QuickHaggle here. I regularly write about technology, blogging and other business-related topics on TechMaish.