Readership: The Marketing Tool with No Market 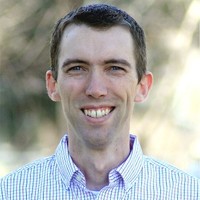 Readership: The Marketing Tool with No Market

Gregg Blanchard developed Readership from a fascination with Twitter API. While the visual analytics on Readership was appealing, it didn’t bring enough marketing value to get the buy-in needed to be a successful start-up.

Hi Gregg! What's your background, and what are you currently working on?

Hey, Rich! So I’m based in Utah where I live with my wife and two young kids. My background is marketing, but I’ve worked on small teams most of my career so I’ve learned to wear a lot of hats. Some of those hats were the usual suspects, but I spent more time than I expected designing websites and collateral and writing code.

Along the way I realized that my design and development skills were becoming something better than terrible, so I started building more and more tools and apps. Readership was one of those products. It sat alongside a couple other products me and my business partner Patrick were working on.

Right now, my main focus is a platform called SendView. The gist is that instead of marketers joining newsletters with their personal address, SendView creates custom tracking addresses they can use instead that analyze all the emails sent to them and breaks them down into dashboards and analytics.

What motivated you to start Readership?

The idea for Readership came somewhat slowly. I’ve always loved the Twitter API. It’s completely amazing. It’s like being a fly on the wall of any conversation happening at any time all over the world. And I’ve always loved experimenting with what I could do with the data. For example, I once built an app that could monitor weather in real-time just by watching for people tweeting stuff like “hey, it’s snowing,” What a time to be alive.

Readership started as one of those experiments. I was playing with two things - expanding short URLs and extracting domain names from those URLs. I was using my own profile to do this and as I went along I started to notice funny patterns in my behavior. I’m a snowboarder, and I was favoriting a lot of tweets with links to snow-related stuff. Same with parenting. With two little ones, I chuckled at how many things I was favoriting or retweeting or sharing relating to raising kids.

Slowly, I realized that I could do the same thing for any account and the potential insights that could glean eventually became the genesis for Readership.

Readership was built purely on the free, public Twitter API endpoints available to virtually any developer. It was one of the more fun products I’ve ever built. It carried some unique challenges as I scaled. For example, it only took me a few minutes to store 20,000 or 25,000 links some company’s audience had interacted with. But those were shortened links so I couldn’t see the domain. Building a really fast link expander and then cranking all those links through took me a surprisingly long time to dial.

The reporting interface itself was built with a UI kit I made for myself a few years back, so it actually came together pretty quickly. I’m not sure why, but it’s still one of my favorite visual reports.

The pricing model was fairly straightforward. Each report cost $99, but the results contained no branding so they could be resold or white labeled. Again, that speaks to our theory that PR pros would be reselling this to their clients. Based on conversations and experience with PR teams, we expected they could be resold for anywhere from $250 - $500 on the low end.

I did a lot of research and one-on-one outreach for Readership, but it was still very much a side project. I think I ended up talking to probably 10-15 PR professionals before I launched, and then continued that outreach after. I rolled out to our database of ~2,000 subscribers plus the usual suspects including a PR push, Betalist, Product Hunt, etc.

I’ll get to this more later, but the launch itself showed me I was on the wrong path so marketing didn’t extend much further beyond that.

Which were the causes of Readership failure?

In a sentence: Readership was a really cool tool with very little real-world value. I should have heeded the warning signs I saw early on, but I was a bit blinded by how much fun it was to build and the time I’d already spent on it.

I mentioned earlier how many PR folks I reached out to. I had this theory early on that if I could build a product they could resell to their clients, I could have a really clear market to work with and not have to spend as much time on marketing. The problem was that every time I talked to these people, they didn’t get it. I’d send them a sample report, and they’d say, “okaaayy, soooo…” I literally was teaching them what I would do with it if I were in their shoes. Except they were the experts. I wasn’t. Their responses should have stopped me dead in my tracks.

But I loved this product, so I kept pushing forward because it was almost done. Eventually I launched, got a ton of users requesting a free sample report and…well, I think you can guess the result. Hundreds of sample reports, not a single paid upgrade to a full report or second report. Everyone was saying, “wow, this is cool...but...um...what do I do with it exactly?” Readership never solved a problem. It never provided tangible value. It was just, well, cool to look at.

My biggest mistake, by far, was throwing good time after bad even though the market was telling me there was no demand for my product. I was doing a lot of things right - researching the market, talking to lots of people, getting the POC in front of the audience I hoped would buy, asking hard questions - but I simply didn’t internalize what they were telling me. I could have saved myself months of work if I would have just opened my eyes to the reality of Readership’s potential during those early conversations with potential users.

Luckily, the only thing I lost was time. At one point I explored using the GNIP API to get access to the full, expanded URLs right up front. And I also got approved to use the Pipl API so I could analyze an email list instead of just a Twitter audience. But as I slowly faced the facts, I shelved both of those plans and cut my losses. Losses that, again, were just time (but quite a bit of it, I’m afraid to admit). If I had to add it up, I probably spend 100+ hours on this tool, which was a ton for something that was very much classified as a side hustle. A hundred hours is a lot of evenings and weekends.

Interestingly, this lesson has already served us well. Around the same time as Readership, we were also launching a platform called Hemlock that lets marketers visualize other companies content calendars. In Hemlock’s case, people were actually paying for it. But within months of launch our churn was through the roof. Nothing we did seemed to help. But Patrick was really diligent at following up with each cancellation and talking with them about why they left. In every case, people said, “Well, I loved the tool, but I got everything I needed from it within the first month or so. I just don’t need it anymore.”

No matter what features we added, we kept hearing this story. Granted, it’s after people pay us something, but we need 6-12 months from a user for it to work, not 1-2. So we’re having those hard conversations about “do we keep going and try to fix this or cut our losses and focus elsewhere?” It’s tough to let go of something you’ve worked so hard on, but knowing we made the right call with Readership helps us have a bit more confidence in that regard.

That’s part of the reason we’re really focusing on SendView right now. The market loves it, they’ll pay for it, we love what it does for our own marketing efforts and, most importantly, users stick around for 10 times longer than with Hemlock. There’s a lot of debate around whether you should just focus on one product or put a few eggs in the basket. In our case, we started with a few but are slowly honing in on one because the lessons that prevent the others from scaling.

Right now, I’m really big on the deep, raw dives into other entrepreneurs’ stories. I think my favorite at the moment is Build Your SaaS, the podcast by Justin Jackson and Jon Buda about their efforts to build Transistor.fm. It’s deep, it’s real, it’s not just a superficial view of the highs and lows but all the nitty gritty in between. It helps give context to the stuff we usually tend to hear about in podcasts and conference talks.

Aside from that I’m also reading a lot of books about building products and running businesses in general. One I’ve really liked is called Traction, by Gino Wickman. It’s a simple, reliable framework for organizing a small business and getting work done. We’re too small to need all of it, but it’s got a lot of really good stuff. Same with Shape Up by Basecamp. Some doesn’t make sense for us, but stuff like how they make bets is something we’ve started to apply to our monthly planning meetings to compliment our own ideas.

I also try to jump on the phone with other founders or product people on a regular basis and just talk. There are few better ways to spend 20 minutes than jamming on challenges and successes with people who are on a similar path.

You can actually still see the old sales page for Readership here, but you can learn more about this and our platforms at Peakfeed.