From AR/VR to Dropshipping: Two Side Projects Affected by Timing and Politics 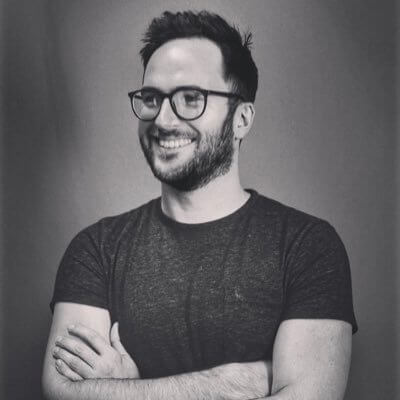 From AR/VR to Dropshipping: Two Side Projects Affected by Timing and Politics

Toby founded two projects that gave him lots of valuable lessons for his current Startup Mill projects. They were RealityHunt and "I Voted Remain". He learned to build a simple landing page before committing to building it and to build processes that simplify your way of working.

Hi Toby, can you tell us a bit about your background and what are you currently working on?

I've been doing video games, websites, and apps for the better part of about 10-15 years now. I'm currently the Chief Product Officer at a mobility company called Skipr in Belgium. But I spent a lot of my time building side projects to grow, learn different tools, and build out different ideas. I do that under the umbrella of a company called Startup Mill and the idea behind it is to build out little ventures, see if they scale up, and grow into a business. If they do, then they get spun off. Very similar to a venture builder or startup builder, but built them by myself.

How did you come up with the idea to build "I Voted Remain"?

I started a project called "I Voted Remain". As you can probably tell from the name, it was linked to Brexit. I'm Belgian and English and I was against Brexit for reasons that are obvious to the fact that I'm very European. I wanted a way of showing that, so I thought the T-shirt business would be an interesting way of doing it. I started a little adventure to understand how dropshipping worked and how I could get an e-commerce platform up and running. I started selling a T-shirt that said "I had voted Remain" so that you could wear it loud and proud. But I didn't want to have any stock. I didn't want to have any assets to worry about. That's why I went the whole dropshipping route.

I built it with Shopify for the first 30 days and I found it too expensive. After that, I went down the PrestaShop route and that was way too complicated. PrestaShop is a solution that allows you to do an e-commerce platform, but it's open-source, you can install it. It's good, but it takes a lot of time to customize. If you want to get into anything decent you have to spend time customizing the themes. That was such a time suck.

What was your main motivation to start RealityHunt?

I was looking for a way to reproduce Product Hunt for the AR and VR space. The idea was to create a platform to discover different tools and apps in this space. I still think the problem exists. I used a full code solution that built a Product Hunt clone. You had to host it on your server and code up all the pages and everything to work. I thought it was a lot closer to what I wanted RealityHunt to be. There was a very steep learning curve in terms of coding and getting the result at the time I wanted.

What were your key levers to start growing each?

Getting the site up and running for "I Voted Remain" was quite easy. The rest of it was marketing. The challenge was that once you do political t-shirts, marketing becomes a lot more difficult because advertising is seen as political. This was probably one of my first forays into AdWords and Facebook Ads. The advertising rules and regulations, tools, and political lines are quite challenging. You're in a niche because you're talking about Brexit. It was a nightmare to do online advertising.

The key levers for growing RealityHunt were very much acquiring users because it's a dual-sided market. I needed those users to be adding different types of projects and resources to the website and build-out that community space. That was a challenge because the website didn't work that well. I didn't have the whole user management and upvoting system in place properly. It never really took off. But at some point, I'll probably restart it again.

How did you realize those projects were not going in the right direction?

The driving KPI that showed progress at "I Voted Remain" was sales. But that is backed up by the number of visitors to the site and other TOFU (top of the funnel) metrics. As Brexit became more and more prominent, the will of someone buying a T-shirt saying "I had voted Remain" was slowing down quite fast.

“Now that I'm more experienced, I would track a lot harder each project KPI's to understand its current status.”

What did make you finally shut "I Voted Remain" down?

After a while, there was a low number of sales and lots of roadblocks in terms of advertising for politics. You had to pay a lot in terms of cost per click (CPC) and cost per thousand views (CPM). In the end, the project was very much a test. I was okay to shut it down and today it's in a zombie state. I don't put any effort into it because I started looking at other projects. My learnings from that project helped me build new projects.

Did you achieve any revenue with these projects? In the end, how much money did you lose with them?

I sold about 10 "I Voted Remain" T-shirts, which we're selling for 20£ so in total about 200£ or a bit less once all the fees were taken out. In terms of profit, I made about 70£. Not worth the amount of effort it was needed in terms of marketing or in terms of being able to continue with the project. The advertising costs would massively outweigh any benefit that you would make out of that project.

The costs to build RealityHunt were a lot higher because I took on a coder to help build out aspects of what didn't work as expected. I invested around 1,000/2,000€ into that project. That's why I'm still holding on to it because I think the idea is fine but the execution was poor. By doing lots of no-code projects I've developed different skills. Now that I've skilled up, I'll have another shot at it and see if I can get it off the ground.

If I was just to do a dropshipping business, I would not do it in anything political. That's for sure. I still think that niche is good. Because going niche means you have a more defined audience. Once you have that audience defined, it's a lot easier.

“I'd go a lot heavier on the marketing, especially in terms of just building out that community by email and automating a lot of processes.”

In terms of RealityHunt, my approach would be using no-code tools. Building it with Webflow and Integromat and put it all together. I would try and build a list of people that are interested in the project to validate my hypothesis first. Build a landing page stating I'm going to build this and if you're interested sign-up. When you hit a certain KPI, which could be 100 users or 50 signups, that becomes the trigger to fully build it. I'm applying that process to a different set of projects I'm working on right now. Just to see if people are interested. If I get people behind it and they're already interested, it makes sense to go ahead and try those projects out.

From all your takeaways you learned from these experiences, what advice do you have for other founders who want to get started or are just starting?

Build processes that simplify your way of working. For example, I have a Notion template. Whenever I have a new project, I just click on one button, and my Notion page for that project is set up. I have all my finance structure, my key development links, my API key page, and everything already prepared. It saves me a bunch of time.

“Build a simple landing page and just test out your idea on paper before you commit to building it. That will save a lot of time.”

Don't be afraid to get feedback. Just talk to users and figure out what they want instead of what you have in your head. The product development side of getting feedback is not about the best solution you have in your mind. It's about what the customer wants. If they want to have a bit more of this and a bit more of that then go ahead and build it.

I'm a big fan of Twitter. Not for the platform itself, but the community built around entrepreneurs, people with companies, people with ideas, and the no-code scene. Those communities are huge on Twitter, with lots of great people chatting. They're great resources and I highly advise people to make a list of makers so that you can curate your feed, I get the best out of it. Once you curate your feed, you'll get a lot of value.

I use Slack groups to be able to talk to different communities. These are defined audiences. These are people that are actively involved in the topics that they joined. If you are going to push or test an idea, these people will reply because they're passionate already. Some people like Reddit as a way of doing that. I just happen to like Slack.

Get as many books as you can through Audible. I do a lot of working and listening. I just go through the books on Audible because it works for me, but some people need to have physical books, other people will just watch videos. Find whatever you need to learn, and then double down on that.

Podcasts are amazing. The Indie Hackers podcast and Courtland Allen are top-notch. Find the podcasts that are good for you. Syntax.fm is really good for web development. A good way of finding information that you need at that moment is to use Spotify and type in into the podcast section "Webflow", "dropshipping", "getting acquired", "hiring people", or "finding co-founder". You'll end up with a ton of episodes of different podcasts that will be centered on that topic. The moment you tap, you'll be able to jump from one podcast to another and the learning will accelerate fast. That's how I find podcasts that work for me.