Growing a Form Builder to +100 Customers in 8 Months 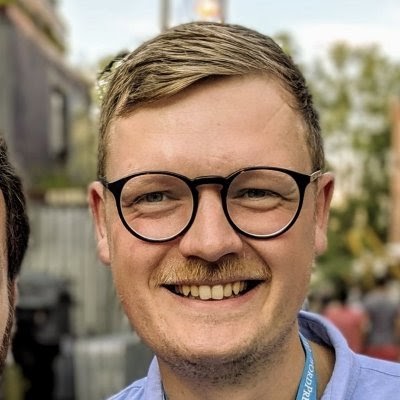 Growing a Form Builder to +100 Customers in 8 Months

Peter co-founded Reform, a simple, clean-looking form builder that they felt the market was missing. They went from idea to 100 customers in 8 months while being a team of only 2.

Hi Peter! Who are you and what are you currently working on?

My name is Peter. I’m 31 years old, married, and dad to a 1-year old. I’m based out of Copenhagen, Denmark, but I’m about to move to a small 8,000 people town an hour away from Copenhagen.

Reform is my and my cofounder’s take on designing and building a simple, clean-looking form builder that we felt the market was missing. I’m the CEO, and while I write code from time to time, and mainly on the backend, I spend most of my time on marketing, customer success, and admin stuff. My cofounder, Bjørn, runs the product and writes most of the code. It’s a traditional SaaS-based model where we charge a monthly subscription fee (currently $19) from our customers.

I did the whole nomadic thing in my twenties and didn’t have a permanent home base from 2013 until 2017 when I moved to Scotland to live with my then girlfriend. During that time, I roamed around in Southern Europe and Southeast Asia. I also spent a semester at a university in Morocco. While traveling, I worked as a freelance developer and later started my own WordPress plugin business with a product called WP Pusher.

After running WP Pusher on the side for a few years, I started a SaaS in the WordPress space called Branch. I joined the first batch of the TinySeed accelerator and raised a bit of money from some angel investors. The very short version is that Branch ultimately didn’t work out while still having a substantial runway + revenue from WP Pusher.

With the runway, I decided to find a new idea and the first idea required me to find a form builder I liked. While researching different form builders, I realized that I didn’t like any of them, and when I talked to my startup friends about it, they felt the same way. I asked the developer I had brought on to work on Branch if he wanted to explore this idea with me as a co-founder, and he said yes.

I recently sold both WP Pusher and Branch to extend our runway further.

The form builder space was already validated, but I knew it was highly competitive. So what I needed to figure out was if:

The first thing we did was talk to many people who were already using a competing product. I read the Mom Test by Rob Fitzpatrick a few times and tried to follow his advice as much as possible. After my conversations, I still felt like there was something for us to explore in this space.

The next thing we did was build a landing page for our yet-to-be-built form builder, now called Reform. We put in an entire month’s work because we knew the page had to be good to stand out truly. We also designed some mockups in Figma of how we wanted the forms to look. We used the mockups on the landing page and also made a hard-coded version of one of them and used that as our early access signup. This worked great because it also served as a simple demo of what we planned to build. The landing page was designed in Figma, so it was really easy to invite people to give us feedback and comment directly on the page. We probably asked 20-30 people for feedback, and in the end, the copy and design were really solid.

When I felt confident enough to share the landing page with everyone, I tweeted it out and asked everyone I knew to help amplify it. It worked, and the tweet got more than 100,000 impressions, and we got 500 signups on the first day. When we finally launched, we had 1,300.

Because the tweet did so well, we decided to invest a couple of months to build the product. In a few weeks, we were able to replace our early access signup with an actual Reform form, and after about a month, we brought on the first early access customer. We kept onboarding people for a couple of months until we had about 40 paying customers. We then officially launched on Twitter and opened up access to everyone.

The number one marketing strategy we used was Reform’s early prototype as our early access signup form (described above).

The second one was launching on Product Hunt and putting in the work. I knew Reform was the kind of product that could do well on Product Hunt, but you never know who ends up launching the same day as you. We decided to invest 2-3 weeks into the launch and go after the first place. We ended up becoming the number one product of both the day and the week, which was pretty awesome. We followed the playbook that Corey Haines and Derrick Reimer have laid out online (Derrick did a talk at MicroConf Remote, which is available for free).

The key is to wait until you have enough happy customers that can share a review and help you spread the word. I think many people launch on Product Hunt too early.

We recently crossed the 100 customer milestone, which I’m really proud of. We went from idea to 100 customers in something like 8 months.

It’s still just my co-founder and me, and we hope that Reform will be able to support both of us before the end of 2022.

The most important thing for both of us is that Reform provides the flexibility to have the lifestyle we desire. Like, go live in another country for an extended period.

Since starting Reform, what have been your main lessons?

Marketing works when you put in the work - and a lot of developer founders don’t.

The hardest part was the pivot away from Branch.

First of all, the way you try to make a startup work is by giving it all you can. After doing that for two years and realizing it won’t work, it is really hard to find the energy to do it all again.

Second of all, because the business was revenue-generating (especially WP Pusher) and had hundreds of customers, you suddenly have 2 companies you run. Running the WP Pusher/Branch sales process on nights and weekends was also very hard.