How this Postcard Marketing Internal Tool became a $54k/mo Co 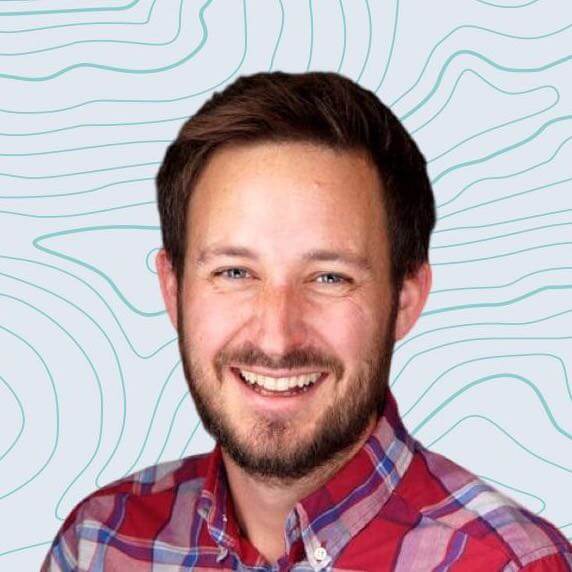 How this Postcard Marketing Internal Tool became a $54k/mo Co

Back in 2016, Jordan and Zach were running a website development business for small businesses. In order to carry out a postcard marketing campaign, they created an internal tool that allowed them to personalize their messages. That tool has nowadays become Jordan’s full time business and makes +6 figures per year.

Hi Jordan! What's your background, and what are you currently working on?

I grew up in San Jose, CA and I’ve been working in tech since Palm Treos were a thing (Google it, they were the smartphone to own before iPhones). This picture was taken on my birthday in my first cube from a Tungsten C. This is that HIGH resolution picture.

More recently, I ran growth at Zinc.io (YC W14) and moved them from $1M to $100M in GMV in 2 years. I’m also a startup advisor at Bouncer (getbouncer.com, YC W18), Commsor (commsor.com, tools to measure your B2B community), Topic (usetopic.com, SEO tools to write for what ranks).

One of the first companies I worked for was Palm, back in the days when a PDA meant Personal Digital Assistant, not Public Displays of Affection.

Here’s what mobile email looked like before the iPhone… you used a STYLUS to tap these buttons.

I was there for 7 years and, while at Palm, I got two degrees in Political Science, including a Masters at the University of Columbia, Missouri. The idea after getting my Masters was to become a teacher. But, tech was where my heart was.

I moved to San Francisco, worked at many failed startups--including one that raised almost 1B and doesn’t exist today. I always joke that I’m either fired or the company shutdowns and it’s about a 50/50 split. Basically, I was both a bad employee and also tired of working for companies that failed.

I then joined a YC-backed startup called Zinc. I was their first hire and I had a lot of flexibility to do whatever I wanted. As the first non-founder hire, I helped the company grow from zero to hundreds of thousands per month, which made me realize it was pretty exciting to work at a company with product market fit where I had the flexibility to drive growth and be fully responsible for it.

Back in 2014/2015, I started building some products with a friend who was a really good designer and engineer… Zach!

Only when they arrived, the photo would unlock!

Then we built another app called Pushpin that showed the best places to go nearby based on how great and how far they were. We were getting +100 organic downloads per day, but when we tried to monetize it, no one would pay for it. That’s when we realized that free apps suck.

Just after that, we launched Cursive, a tool that created instant small business websites (like this one) with data extracted from APIs. But selling to small businesses was hard. We tried walking into their shops, emailing and calling them, but nothing worked. Then, we tried postcards.

We wanted to send personalized postcards but there wasn’t a tool out to do this, so we created one.

That’s when we thought “maybe some other businesses would like to send personalized postcards like these”. We spent a few weeks and built v1 of Scout and posted it to Product Hunt. We were the number  #2 product of the day and closed more revenue that day than the year we spent on Cursive.

How did you build Scout?

On January 23rd, 2016, we began working on Scout Studio V1, which was an improved version of our internal tool.

Over the years, the product moved from a self-serve drag and drop tool to a fully fledged postcard editor with tracking per card, image and text personalization, unique maps, and tons more.

For example, we’re working with solar companies to show pictures of people’s homes from space, including analysis on their roof done via machine learning. Here’s what they look like.

While we built software for end users, I’m the main customer as the business has become more of an agency, which runs 100% of the campaigns for our clients. We’re opening up the tool now too, for folks who already know the channel and just need a way to simple send the cards.

In terms of the company structure, it has also changed over time. Zach left the business for his baby and works on contract how, so I’m currently the only owner. I have an army of part-time people working with me. Among them, there’s a designer taking care of postcards and website stuff, a marketing person who manages the Scout community, a VP of accounts that manage existing clients, a guy who is an expert in the print field, and some engineers doing widget and data automation.

Pricing has never been a big concern. I do it based on the value we provide to the customers. I have a whole sales process where I assess that value and once the customer pays, then I have to deliver that value.

This is a hard question. I believe that there’s a ton of luck in things, but I’d say that three things contributed:

April 2020 was a great month for Scout. We closed $54k in deals with really good margins.

I really just want to be able to work with great people and build a brand that drives killer results for more and more customers.

I don’t have an aggressive revenue goal, just focus on the things I can have more direct influence over like traffic, conversions, and most importantly those things that make my customers successful!

A common challenge I face is that there seems to be candy everywhere as most of my growth strategy is SEO based, so basically people who want to send postcards find me. This makes it harder to develop deeper expertise in a field and really KNOW my customer’s customers and what makes them tick… so I can provide meaningful help for them down the funnel.

Sometimes it's been a challenge as well to collect money from clients. Nowadays, I don’t run any campaigns until I get paid upfront.

Oh and once my printer forgot to charge me $10,000 and they came to collect a year later. So, that was fun.

What were your worst mistakes?

I've been a victim of the “sunk cost fallacy” plenty of times. I had this moment actually yesterday where I found an interesting approach to target solar people by creating landing pages for them and I thought “why don't you just run Facebook ads at these people?”. It sometimes makes you wonder if you’re too committed to the product vs the outcome.

Another mistake has been not letting people go quicker. There are people that I like working with, but who just don’t produce results (for whatever reason). It’s hard to let go of someone, but sometimes you just need to cut the cord. It’s both a big mistake and something I hate to do.

I think, however, the book I like the most is called “The Mind Illuminated”. It's about how to meditate. It basically takes all these Eastern learnings and helps you understand them.

You can check my LinkedIn here.

If you are interested in Scout, you can check our site here or book a call with me to talk about it.