Sharkius: From $80k/Month To Failure 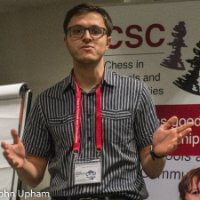 Sharkius: From $80k/Month To Failure

Sharkius was a social games company. It grew too fast, too quickly. It reached $80k/month revenue within months and wasted it. Learn from their mistakes!

Hello David! Who are you? What are you currently working on?

Hi everyone. Who are you... Wow! That is a tough first question that requires some introspection. Let's just say I am a 30-year-old serial creator of tech products who has many interests. I am currently working on an ed-tech startup called Chessable. We intend to make learning chess as easy as can be.

What was Sharkius? What motivated you to build it?

Sharkius was a social games company that I started back in 2007. There were a couple of things that motivated me to start it.

I had played many video games throughout my teenage years and always wanted to work in the industry. I was just about to finish my Bachelor's in Computer Science and wanted a head-start. I had made games before university from about the age of 14; some had thousands of users, some had none. Making games, seemed a natural thing to continue doing.

Around 2007 Facebook was starting to experience huge growth, and they invited developers onto their platform. I saw this as the perfect opportunity for my indie games to reach a bigger audience.

How was Sharkius’s first year? Which marketing strategies did you use?

The first year was incredible! It went from strength to strength. At one point I was making more money in a day than my dad could in a month. It was crazy.

I built a few social games inspired by games I had enjoyed in my earlier years. Facebook was creating a new market of gamers who had never played "proper" games before. Text-based games were a whole new world to them. The biggest hit we had was a city building simulator called Metropolis. At the end of the first year, we had revenues of $60-$80k per month.

Regarding marketing, I was not great at marketing. I did not need to be. The games were compelling enough, and Facebook was a platform for discovery and engagement. Just by being on Facebook, we gained significant traction. It got me believing that “if you build they will come”. My later experiences and the book Traction by Gabriel Weinberg disprove this saying.

With so much competition, how did you differ from them?‍‍‍

Facebook was large enough, and the amount of competition had not yet saturated the market. Initially, there was room for everyone. If you can identify a new and growing market, it is like a Gold Rush. Lesson: be early to the party.

When and why did Sharkius’s problems start? Which mistakes did you commit?

The problems started a few years down the line. I think my most obvious mistake was the lack of realisation that my experience making good games would not translate well to investing into a team that made good games.

Some of the guys I worked with were great people and great developers, but unlike other studios, we were not following a tried and tested formula that could be replicated. We stumbled.

Having such game studios was better left to experienced investors with deeper pockets. We grew too fast, too quickly. We did not stay lean.

Running a team has so much more complexities than a single person project. I made mistakes in people management, hiring too fast, firing too slow. I made mistakes in project management, and on and on! The inexperience showed at many levels. I was young and over-confident to the extent I was no longer on planet earth. Success had launched me far into space when I needed to keep my feet firmly on the ground.

While I do think I got better at the job with time, at the same time, something big was happening. Facebook had grown so much and received so much attention that we were now competing with companies funded with $2-$5M in capital. We had some great ideas, but they had the better execution.

Facebook took notice and all of a sudden the platform for engagement and growth became more and more closed. Sudden Facebook changes like closing the notifications channel and reducing feed exposure meant that our traffic dropped to a fraction of what it used to be.

What were Sharkius biggest disadvantages?

I can think of many…! I will try to focus on the three biggest ones.

First, the lack of experience at marketing hurt us. After the Facebook changes, we needed to do things like buy installs, buy re-engagement ads, e-mail our users. As the market saturated, “if you build it they will come” became a fantasy. We did not even have an e-mail list and couldn't reach our previous customers. An e-mail list could have saved us. If you do not need one now, you might need one later and regret not having it. Back it up, protect it. Save it. On that topic… time to make a fresh backup!

Second, I would say the lack of a culture of learning. This manifested itself in many ways. I only got interested in reading personal development and business books a few years into my career. I should have been doing A LOT more reading. Learning from other people’s failures is much easier than learning from your own. It hurts a lot less. This is why I think Failory is a neat idea. The startup itself could have done a bit more learning; we did not spend enough time iterating and split-testing as we should have.

Finally, I think another serious mistake is working in the startup, and not working on the startup. It is very easy to be absorbed on the daily backlog of tasks you have, without ever stepping back and asking: is this the most important thing I could be working on? When you take a step back, it is easier to identify pressing problems and remind yourself to prioritise them.

Well, I have indeed started over but with a different product! I am doing many things differently, in particular, I am paying a lot more attention to the three points above. If I had a chance to go back in time and work on Sharkius again, I think this would have made all the difference. Other things that I have now done differently that should apply to any startup:

Find a co-founder as early as you can. Co-founders can make a huge difference. It took a while for Sharkius to have someone who basically became a co-founder, he was great but it was a bit too late. At Chessable, this was arranged before day 1! This is why some accelerators and investors do not invest unless there are two of you. You should also get a more experienced entrepreneur to be your advisor and mentor. This way, you are accountable to someone else other than yourself. If anything else, knowing you have to meet with them keeps you working at the best of your ability.

How did Sharkius’s failure help you achieve success with Chessable?

I think of it as the world’s most expensive MBA education. The amount of money I invested (from revenues) to grow Sharkius is considerable. Making such relatively high profile mistakes is difficult for anyone, and it gets imprinted in your brain forever.

This can be a good thing though; it means that for the rest of your life whenever you are close to making the same mistakes, your amygdala will start burning-up and remind you not to go there!

You can build on this and become a better entrepreneur and person. Thus, making mistakes is good, make them early, pick yourself back up and try to reach even higher than you did before.

There are so many books that I would recommend. Can I have at least 3? Founders at Work, The Lean Startup, and just one more… Mistakes Were Made (But Not by Me).

I think these should give anyone a solid foundation for entrepreneurship. The last one, in particular, should be read by everyone as a crash course on the psychology of the self.

There is a good interview I did on Indie Hackers that has more on my current startup and the things we are doing right. I also blog (not often enough) here, I tweet (a bit more often) at @simplydt and I work, every day, with tons of passion on Chessable.