Growing an Online Coworking to €5k/Mo with No-Code Tools 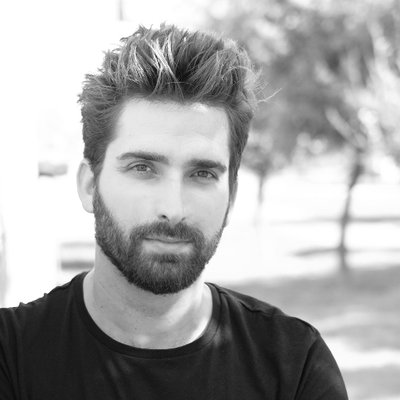 Growing an Online Coworking to €5k/Mo with No-Code Tools

Bosco created SinOficina, an online coworking for freelancers and entrepreneurs in Spain and Latin America. They organize online events, coliving experiences, and more. It has become a $5K/mo subscription business without spending a dollar on paid advertisement.

Hi Bosco! Who are you and what are you currently working on?

Hi there! I’m Bosco Soler, a 35 yo architect from Spain and I'm the creator of SinOficina: the first online coworking for the growing community of freelancers and entrepreneurs in Spain and Latin America.

SinOficina —meaning “ Without Office ” in Spanish— helps entrepreneurs providing a virtual environment to connect, collaborate and grow together.

What started as a need to solve my isolation as a freelance two and a half years ago, became a subscription model business that is now my main source of income making around $5K/mo without spending a dollar (or euro) on paid advertisement.

I studied architecture in Valencia but after a year traveling around the world while working as a web designer, I decided that was the lifestyle I wanted. Even if that meant quitting a career as an architect —and disappointing my grandma on the way.

Working as a freelancer can be lonely, so I started looking for online communities for entrepreneurs and freelancers in Spanish. I rather pay a fee and have an active community and well managed than be free and suffer spam or too much “noise”.

I found none that I felt comfortable on. So I created it.

I first talked with a lot of colleagues that worked online to see if they had the same problem.

It seemed they had. So I started talking about the project on my mailing list (around 800 subscribers at that time).

Meanwhile, I created the website on WordPress with several plugins to accept payments and manage registers. It took a few weeks. I also decided to use Slack as the virtual environment to interact —although a few months ago we migrated to Discord.

I then invited my list to a webinar where I explained how the community and the live events would work. I made an offer that lasted a week so I would reward the pioneers and the ones that were confident about the project.

Around 30 people joined. And we grew from there to +500 paying members now.

Word of mouth has been the main channel since the beginning. People were happy. Churn is only around 3%.

Also, word of mouth is a great way to filter toxic people, since your community is the one that makes it grow, they chose only to tell people that will be adding value to it, not subtracting it.

I’ve been participating in a lot of events and talk about SinOficina everywhere. People identify your passion and connect with the project’s mission and values.

Growth has been pretty linear. There hasn't been yet a channel that gave us exponential growth but we are still experimenting. Also, exponential growth may not be what you want if your business is a community. Sometimes it is better to grow slow but sustained.

I started delegating some of my most-consuming tasks like managing the live sessions and the website to focus on testing new acquisition channels and new solutions for the members.

Some ideas for the near future include swag and more offline events to meet other members in real life.

Since starting SinOficina, what have been your main lessons?

The biggest challenge was to migrate from Slack to Discord. Migrating a community is always a challenge. People get used to something and they don’t want changes in their routines. Now I can see it was a good decision, but at that time there were doubts and a lot of stress.

One of the mistakes was not communicating that migration effectively (with a proper re-onboarding from the beginning, instructions, etc.).

I’m loving Discord for communities that require a lot of interaction. Also, Airtable and Zapier allow me to manage the business easily.

Oh! And Twitter. Such a great tool for networking and learn from others.

And you can learn more about SinOficina on its website, of course.