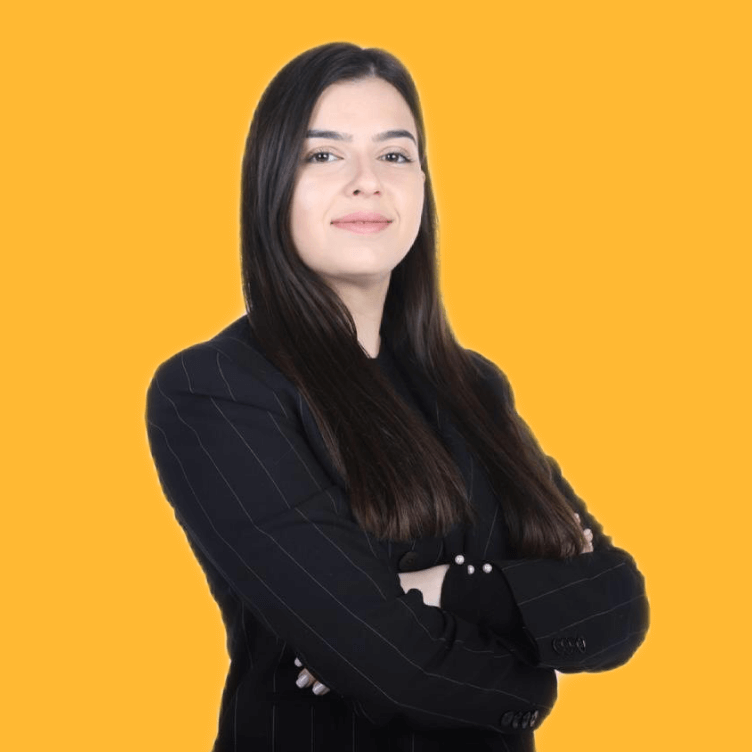 Talking with her manicurist, Margaret got to know some of the common challenges beauty service providers faced in Armenia. Her startup Sofetch aimed to solve some of these. She hired a developer to build it and as she was beginning to prepare the launch, COVID happened and the beauty industry was disrupted. She tried pivoting, but nothing worked so she decided to move on to a new startup idea.

Hi Maggie! Who are you and what are you currently working on?

My name is Maggie Ryan Rostamian. I’m 24, and I’m based in Armenia, but right now I’m in Los Angeles (got stuck here because of Covid19!).

In 2019, I went over to my manicurist, who also happened to be one of my closest friends. There, I saw some glaring issues she was experiencing, that could be easily fixed with a simple app. Customers were always late (a scheduling issue) and she was paying a high rent because that salon owner couldn’t optimize their space (a successful business model for that already existed: Airbnb). I took the glaring market issues and put them into three main buckets - stylist, salon owner, and customer.

Sofetch was an all in one platform, connecting customers, technicians, and space providers with the sole aim of becoming the most convenient and cost-effective way of hosting, providing, and receiving beauty services.

Me, my sister and my best friend were co-founders. I was the CEO. We had an all-girls team!

Our business model was a flat transaction fee rate when customers booked stylists. This was our competitive advantage, as other apps would charge %, which would result in high commission rates. For stylists to book space providers, there was a payment tier depending on the type of space, location, and rented time.

What’s your background and how did you come with Sofetch’s idea?

Before Sofetch, I worked at Anchor (now Spotify) and PicsArt in community building.

I was, and still am, a huge beauty service consumer. As a result, I became very close to all my service providers. They felt comfortable speaking to me about finances and the disadvantages and advantages of the industry. That’s how I found about their common challenges and Sofetch’s idea came up.

The idea was developed at the end of July, and by September I was quitting my full-time job to dedicate full time to making this happen.

My sister and I began working straight away. We pulled some funds together and hired our first engineer - Anna Grigoryan - who is now my best friend and current co-founder in our new startup, Recoon.

She was the person who was going to take our ideas and make them into reality. My now-husband, then-boyfriend, was in the startup scene in Armenia and was able to connect and find the brilliant Anna.

Our obstacles were technical, design, but most importantly, legal. We wanted to test this product in Armenia - consumers spent 60% of their income on beauty services and it was a small enough market to easily test. However, Armenia didn’t have a payment processing system like Stripe or Paypal, and as a result, it created difficulties in the legality of transferring funds. Specifically, on who would pay the taxes on each transaction.

As there weren’t any P2P payment systems, the funds needed to go through Sofetech’s bank account, which meant the tax burden fell on us. Moreover, Armenian’s relies on cash, and not bank cards, which made our efforts a lot harder. We found a way around these issues, working with lawyers and even Government officials.

Before launch, we participated in a startup competition called Neruzh, and we won first place for Innovation, with a $25k grant prize. The Prime Minister of Armenia, Nikol Pashinyan, met with all the winners and this was publicized.

As we started thinking about the launch, we began reaching out to Armenian beauty influencers in Los Angeles and Armenia. We began working with them, and my sister and I flew out to Los Angeles to meet with some. The goal was to onboard them and create a networking beauty event, which would help us launch successfully.

I found it advantageous to reach out to every single tier of “influencer” one on one. The goal wasn’t to get them to advertise but to gain their insight and feedback. I would also offer them titles such as “Lead Influencer”, without committing any equity, to build out an “influencer board” (just like an advisory board). This was to ensure they felt part of the startup, rather than just another means of advertising.

Covid 19 halted everything. My sister and I flew out in March, as we were about to meet with our first influencer and launch the following week. Covid 19 was sweeping California. I knew at that time that Sofetch's future was in jeopardy.

Looking back, there are several things that I could have done differently.

Which were the causes of Sofetch’s failure?

Covid 19 was the main reason behind our failure. Sofetch tried to pivot into many other ideas, to fit the changing market. Unfortunately, we knew that Covid 19 would change the beauty industry for a while (the % of capacity that would be allowed in the saloons, the risk associated with going to a closed space, and most importantly, the changing buying behavior of consumers).

After failing to succeed with the 15th pivot, I decided it made no sense to keep fighting something that was completely out of my control. I was an emotional mess for months leading up to the closure. I was extremely exhausted mentally and I was totally broken. When I decided to close the doors, I finally felt relief. Although it was extremely sad and heartbreaking, I finally felt like I did something and it worked.

A lot of the negative feelings I had were associated with the belief that this was my personal failure, that this was all about me and my ego. It took a few months to figure out that in fact, it really wasn’t about that.

After closing down the doors, about a month later, Anna called me up with an idea. We develop it further and launch Recoon within a few days. Everything happens for a reason!

Which were your expenses? Did you achieve any revenue?

No revenue as we didn’t launch. However, we did spend the $25k fully + $10k personal funds.

I would tell myself that everything takes time. I am an extremely goal-oriented person. So if I am not hitting my targets, I get discouraged.

Many people have told me to take my time, that I’m moving too fast, and that I’m not doing it the “traditional” way. I’m very happy that I’ve never listened to them. If I did, I would have delayed the “failure”, lessons learned and experiences by months, if not years. Moving fast is good, at least it was for me.

I would also tell myself to stop thinking that everyone is smarter and better than me. Everyone gives contradicting advice, and it’s up to the entrepreneur to be able to build their own filter system. I learned that not everyone’s intentions are always good, and if they are, that doesn’t mean that they are completely right. And advice is such a subjective matter.

I like using lean stacks canvas tools for building out business ideas and modeling revenue models :)

I also frequently use Indie Hackers and Reddit to come up with ideas and resources and test out concepts.

A post I wrote on Indie Hackers about “Lessons I learned from Sofetch’s Failure”.

You can check my new startup Recoon (and our Youtube channel) as well as my co-founders’ startup Community Finder, which is a place to find other communities.