Standuply: Making $80K a month with a problem-solving Slack-first App 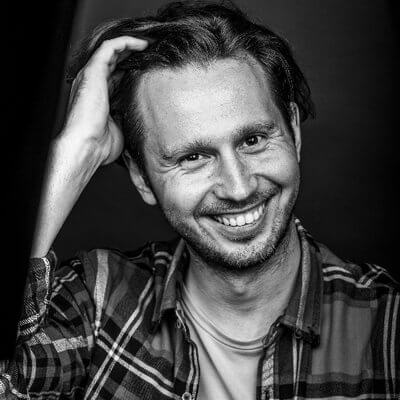 Standuply: Making $80K a month with a problem-solving Slack-first App

After seeing where problems were in Agile teams, Alex Kistenev and co-founder Artem, decided to do something about it. So they created Standuply which is a Digital Scrum Master Slack bot that runs standup meetings and team surveys in Slack. After being featured on the main page of the Slack App Directory in March 2017, within two weeks they got 750 new signups and reached a milestone of 1,000 teams. They haven’t stopped growing since.

Hi Alex! What's your background, and what are you currently working on?

For the past 10 years, I’ve been a tech entrepreneur, today I’m 36. In 2008 I founded a web agency in the heart of Russia, in Siberia. Since then we’ve been working on various projects from clients’ work to building our in-house startups.

Three years ago we decided to focus on one thing and that’s become Standuply. Standuply is a Slack bot that runs standup meetings and team surveys in Slack. Think of Standuply as a Scrum Master that works in thousands of teams and applies the best practices.

Standuply makes money with a SaaS subscription and charges per user. The price range is from $2 to $4 per user. Today Standuply has thousands of customers from companies like IBM, Adobe, eBay and more.

I’m the CEO and my role is to grow the business from the marketing side.

The story started in 2015, when we launched a list of Telegram bots, BotFamily.com. In 2 months it grew to 2k/daily visitors, but we decided to put it on hold due to various reasons.

Later, we launched Ad-Exchange for Telegram bots, BotRevenue.com. VentureBeat wrote a full article about it. In a few days 300 bot devs. & advertisers signed up.

But we found that telegram doesn’t reveal any user data. No targeting was possible! Retention in bots was ~0,5%! We gave it up and switched to Slack.

Artem, co-founder of Standuply witnessed problems in Agile teams in his career of a Project Manager. Most of Agile teams need to check-in consistently, adjust processes and work on improving the performance. However, it’s easy said than done.

We picked the idea, as we saw the solution. It was in 2016 when the chatbot hype was starting. I was excited about the new opportunities and shared my business ideas with Artem.

Together, we envisioned a digital Scrum Master. We started with a Slack bot for standup meeting to solve the main problems of checking-in with remote team members and long meetings. In 2016 in a few days, we got 300 teams signed up having landing page only. Now, thousands of teams use Standuply every working day.

How did you build Standuply?

I and Artem took our savings and started the work. We had a hell of a lot of motivation like there was no second chance. Our team was building MVP and experimenting with the Slack bot API for 9 months in 2016.

We changed the concept three times, and at some point, we were almost ready to give up. Later, we were lucky to find focus with the help of the Startup Sauna acceleration program.

Some people didn’t like the concept of a Scrum Master bot. Half of them didn’t follow Scrum. However, many liked that a bot can ask questions and gather answers, e.g., for standup meetings.

To embrace that, we decided to provide a user ability to change questions allowing a broader set of use-cases.

We redesigned our webpage and changed the product’s name (not a good move). It became ReportChef (like a chef that serves reports based on various recipes). After we made our positioning wider, it became unclear to visitors what we were doing. Ouch.

At that time about 50 teams were using ReportChef, and it didn’t feel like a strong demand.

We talked with many coaches in Startup Sauna and narrowed our value proposition to stand-up meetings on Slack. That's how Standuply, as a concept and brand, was born. We launched it on a demo day at Slush.

Standuply was featured on the main page of the Slack App Directory in March 2017. In two weeks we got 750 new signups and reached a milestone of 1,000 teams. Even since the feature ended we have still been getting a steady stream of new users from Slack.

We relied heavily on content marketing in 2017 and continue to do so today. I published several long reads. It helped us to improve our SEO and led decent traffic to our blog. My posts received hundreds of thousands of views since then.

We launched Standuply and related Slack bot products many times on Product Hunt in the latest two years. At first, it was our initial launch that brought in our very first users. Next launches brought more users on board.

We also spread the news about Standuply, Slack bots and our blog posts on Facebook, Twitter, Hacker News, Reddit and on smaller sites. In all, that has brought us dozens of thousands of visitors in the last two years.

Also, we had a booth at three conferences in 2017: Chatbot Summit in Berlin, Slush in Helsinki and TechCrunch Disrupt in Berlin. But, as a result, we had at maximum the same amount of signups from the three conferences as on a regular day with zero marketing budget. However, seeing how people react to a message on our roll-up is very insightful.

We set a short-term goal to reach $100k MRR which is a turning point for a SaaS that proves the real business potential. However, looking long term, our goal is quite simple, yet ambitious. We would like to provide a chance to have a Scrum Master on the team for everyone who can’t afford it. Number wise it will mean a million happy customers.

We’re thinking long term and understand that it can take a decade or two to achieve that goal. But we have enough patience and motivation to bring it to life.

Everything takes time, especially in SaaS. So, we learned valuable lessons. Some of the most insightful lessons came while we were building our MVP:

We did tons of interviews. We spoke about customer pain points, workflows and listened to their feature requests. Interviews helped us to see a bigger picture. However, we were surprised that they didn't help us with new features.

To move forward, we needed the data on how our SaaS MVP was used and by whom. We didn't have internal statistics at first. It was like flying without radar. I can't imagine how we could work without it. Instead of shipping additional features, we should have built it from the start.

We found that having only one tech person on a project may lead to coder's block. One person can get stuck, while several people have a better chance of finding a solution. Therefore, having one developer on the team may come at a higher cost than two.

At the beginning of 2017, we had a beta that was serving about 200 teams. However, it was far from being perfect with regard to features and stability. So we decided to re-write the bot entirely to deliver additional features our users were asking for. Instead of 1.5 months, it took us 4 months. Oops.

After the release, the feature of adding answers didn't become popular. This is how we learned that additional features are not that important compared to core features. No matter how many nice tiny things you build, a product's success is about the core features people buy into.

Speaking of disadvantages, it’s the fact that not everyone uses Slack. It will be better for them, because Slack increases team productivity and for us so that we could have a larger market.

Some people advocate starting to charge from day one. We didn't follow that practice. During the beta, our product was free to use. That decision had its advantages and disadvantages. We attracted more signups that way, but we also had users that weren't ready to pay at all.

Sometimes their feedback was distracting and demotivating. So next time I would start charging users earlier to get feedback from real customers.

I believe comparing how you're doing with others helps you to have an understanding of your dynamics. For example, if you grow much slower than other companies in your niche, it means something is wrong, so your task is to find and fix it.

These resources are helpful with that:

If you want to learn more on how to use Slack with more efficiency here’s the ebook we recently published: How to Use Slack.

And, of course, check out Standuply if you want better productivity for your team. Sometimes we share our insights on the Standuply blog, you’re welcome to check it out as well.