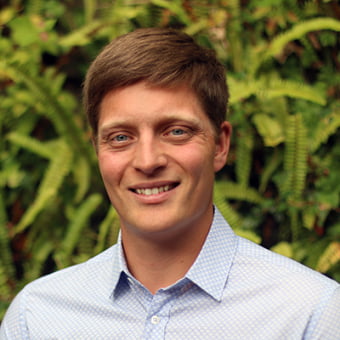 Nick co-founded Tactiq, a B2B browser extension that transcribes remote meetings and creates notes for you. They've grown 20x over the last year, the team has grown to 7 people, and they're aiming to reach $1.5 million ARR for their Series A round.

Hi Nick! Who are you and what are you currently working on?

Tactiq is a freemium browser extension that transcribes remote meetings, extracts key insights, and creates notes for you. I work as the COO, overseeing operations, finances, hiring, our team, and shared-contribution to strategy/priorities, product, business roadmap, and growth initiatives. As a co-founder at such an early-stage venture, I wear lots of hats.

Tactiq is a B2B productivity SaaS browser extension driven by product-led growth - we have a freemium pricing model with paid pro and team accounts. Think Loom or Grammarly, with a similar B2B + B2C distribution, but monetization predominantly through B2B customers.

Before Tactiq, I was working in AI across Europe and the US, focusing on IT productivity solutions. I completed my MBA and founded another startup, TaskPace AI, an AI management assistant for Salesforce users. It helped managers focus their teams on the appropriate activities in their CRM.

I lived in Silicon Valley, but TaskPace’s engineering team was based in New Zealand. This meant many remote meetings, where I noticed meeting productivity was correlated to information recorded during the session. At the same time, my co-founder Ksenia was at Atlassian working on team productivity solutions and saw a similar trend.

We both experienced the same problems when it came to remote working environments. We observed that meeting productivity is highly related to the amount of information captured during the meeting. Meetings are tremendously more productive if insights aren’t lost.

Initially, we thought that a transcription tool could be the solution. It would record and document meeting discussions to ensure no action items or essential insights were forgotten. But as we worked on this solution, we realized that real-time transcription was just scraping the surface of the problem.

Beyond capturing critical information, teams needed to be able to extract important details and insights from meetings. The problem space expanded with an epiphany that it wasn’t just about documentation but making post-meeting action seamless.

Our validation was simple: let the market talk. We followed the tried-and-tested lean startup method. First, we built an MVP ourselves (my co-founder coded it) with no external resources. Then we launched it to the Google Chrome store and began soft promoting it through free digital channels - Twitter, Reddit, Quora, Youtube comments. Within a few months, we had 10,000 users, and that was our validation to say, “Ok, there is a market need, and we have something valuable that people want”.

My co-founder Ksenia is a superhuman - she built the entire process. She designed, prototyped, and made our MVP in just a few weeks. It was incredible. I’m lucky to have such a talented co-founder.

The biggest challenges were not trying to polish the product too much, finding the courage to put it out there, and getting public market feedback as fast as possible. It was a huge mental barrier because we wanted the product to look good. We had to overcome this internal desire to spend months on the UI and design. In the end, it came down to us deciding to be courageous and click publish.

For the first months, we didn’t spend any money on marketing. We spent hours manually responding to relevant threads and content on Quora, Twitter, Reddit, and Youtube. We tried to answer everywhere someone posted about saving captions, needing a transcription from Google Meet, or problems with remote meetings. We also commented on Youtube videos about Chrome extensions, meeting productivity, tools for online classes - you name it.

These tactics netted us our first 10,000 users.

Since then, we’ve grown to 190,000+ users and had success with Tik Tok influencers, posting content on Youtube, blog posts, product-led growth, and word of mouth.

We got to our first 10,000 users within months. It was a clear signal from the market that people needed our solution urgently. When you realize you’re solving a problem other people care about, it’s gratifying.

Over the last year, we’ve had 20x Year-on-Year growth as a business. The team has grown to 7 people. We hired one of my former co-founders, Alex Leonov, as our CTO and, more recently, an ex-Atlassian engineer specializing in team-productivity tools. Revenue is also growing by over 20% month-on-month.

We’re currently hiring and growing our team. We plan to raise a Seed round soon to reach $1.5 million ARR for our Series-A fundraising round.

We have too many ideas to try, so every new feature or concept goes through testing and validation with our existing users on a small scale. Before even scoping a build, we test for feature demand before adding it to the roadmap. So I have hundreds of ideas, but none I can talk about until we try them.

Since starting Tactiq, what have been your main lessons?

I’ve learned that you need to test things even more than you think you should. It’s why the Cynefin decision-making framework, in particular fail-safe probing, has been a big part of my journey at Tactiq.io. It's how we prioritize our product roadmap, run growth experiments, and bring on contractors/freelancers.

One of our worst mistakes was experimenting with a new growth strategy without being prepared for the byproducts. We were testing TikTok as a possible acquisition channel. A TikTok creator from Mexico found our extension from one of our paid TikTok collaborations and created a viral video in LatAm, where Spanish is the primary language. But at the time, our chrome extension didn't support Spanish. So we had an enormous spike in new sign-ups, which created a tidal wave of support tickets from frustrated users who couldn't use Tactiq to transcribe their Google Meets in Spanish.

It was an “ahhhh” moment - we needed to test for these types of unexpected outcomes in controlled ways. We had not anticipated Spanish users from our TikTok experiment until then, as our sponsored videos were solely in English. We weren’t ready for that new sign-up volume. There were a few weeks of frantically responding to an onslaught of Intercom support tickets, all in Spanish, toggling between Intercom and Google Translate.

We weren't prepared for that unforeseeable outcome that created enormous user churn and resource drain for our team.

We use Notion, Github and Mixpanel daily. For books, I’m a big fan of the classic Zero to One by Peter Thiel, and we find the “How I built this with Guy Raz” podcast very useful and inspiring as founders.