Tailor: Working for 2 Months on a Failed A/B Testing Software 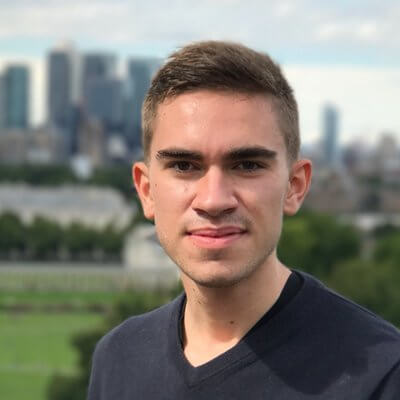 Tailor: Working for 2 Months on a Failed A/B Testing Software

Joe is a 25-year-old founder who, following Pieter Levels example, decided to build 12 startups in 12 months. Doing some A/B testing for his other projects, he found the existing tools had a lot of missing features and decided to spend 2 months full-time working on a new solution. But things didn't go well...

Hi Joe! What's your background, and what are you currently working on?

Hey there, my name is Joe d’Elia and I am 25-year-old software developer from London. I was born in Italy and grew up near Verona, but moved to the US in my teens. I’m currently co-founder of Upscope (a screen sharing software).

I started Tailor a couple of years ago because I wanted a simple solution to A/B test and optimize websites. It allowed you to define different versions of a page and show the most relevant to a user based on various attributes.

At that time, this sounded like an amazing idea to me, but the truth is that I hadn’t done any previous research.

On the typical A/B testing platform, you have to start a test, create some variants, test each on them on your site, evaluate the results and implement the winning variant. I simply wanted to test a variant on 10% of the traffic and then show the winning variant to other 90% of the traffic. So basically people would be able to skip all the evaluation process. Also, I was planning to create some statistical analysis to find patterns on the experiments, but I didn’t have any sort of Statistics expertise apart from High School AP Stats.

So this kind of worked, but only for large websites. If you had a small website, it was really unlikely to see any major difference in terms of conversion.

The business model was a simple SaaS, based on the traffic of the websites. There was a free plan for websites with under a certain traffic per month, and then, prices varied from $29 to $99.

What motivated you to start Tailor?

I went through a phase of starting a bunch of different products in a short period of time without really seeing any of them through beyond launch. At that time, I was doing freelance web development, but I didn’t want to work for somebody else anymore.

And that was when I started to follow some Twitter people, who now represent the Maker community, and found about their philosophy of launching products and trying if they work. Pieter Levels was also launching 12 startups in 12 months, so I decided to try to do the same thing and discovered if it worked for me.

If you are a developer, you don’t have big problems creating a new product. But I did have them getting customers for the products. I just wanted something that did well from the launch, so I couldn’t stick with anything.

One of the first product I launched was called Targeting Monkey, and allowed marketers and web developers to easily incorporate the user's location and environment into a website, without the need to set up a complex back-end system. By including a CSS file at the top of the pages, this tool allowed marketers to show/hide things depending on the user's environment or incorporate his location inside the company text.

Before stating Tailor I had also started Anymail Finder (my first SaaS) and it was doing alright (around $2000/mo) but I didn’t really know how to grow it further. I, therefore, decided to start a bunch of other products.

I’m not sure where the idea for Tailor came from, but I knew I’d use something like that. I was probably trying to do some A/B testing for Anymail Finder but found the existing A/B tools a bit too focused on the stats and I didn’t really care about that. I wanted to set a bunch of different options and then trust the system to choose the best one.

I built Tailor in PHP because that was the only language I knew at the time. Specifically, I used Laravel. It took me about 2 months, working almost full-time on the project. I learned PHP in middle school and then bought some online courses and books to keep improving and to learn Laravel.

The initial product looked like crap, and no one understood the landing page but I kept refining it until I had a better design. I also requested for some design help.

There was a major problem though: my maths was completely broken and my product did very little more than choose a random option.

As for obstacles when developing the product, I wanted to build a visual editor, but that was super difficult and it was only me. I spent a lot of time trying to build it but, in the end, it didn’t work.

When I launched Anymail Finder, I shared the link on Hacker News, which went pretty well, and soon a guy re-posted on Product Hunt.

So when it was time to launch Tailor, I just shared him the link and he published it on Product Hunt, which meant a lot of traffic. I also placed an ad on Anymail finder (which used to be called thrust.io at the time). I didn’t really know what I was doing, but around 800 people signed up.

But that’s all. I really didn’t focus on marketing, which was a big mistake. I was trying to follow that pattern of launching X products at a certain time, so I couldn’t spend a lot of time on marketing.

Which were the causes of Tailor's failure?

The number one problem with Tailor was that it didn’t really work, but that could have been fixed.

I didn’t really know what I was doing from a marketing and sales perspective so I had all these users I didn’t onboard at all. I expected traffic to keep coming and people to write about what I had built, but it didn’t work like this.

I believe that if I had partnered with a marketing guy, we would have been able to get some new customers, but at the end, it would have failed, so the waste of time and money would be much more.

Anymail Finder was also growing a bit at this point so I decided to focus on that.

Before shutting down the product, I emailed everyone telling them I was going to do it and made sure that the code of Tailor was not going to break their websites.

My main mistake was not doing enough research and validating the idea of the product. I spent 90% of my time building the product and 10% on marketing. And even the product wasn’t that well built.

I still had a lot to learn. I hadn’t learned much about marketing from Anyemail Finder as it was a cool product that people wanted it and they just kept coming back. But Tailor wasn’t a cool product and I was trying to connect with the wrong audience (small websites).

Another mistake I committed was carrying out the 12 startups in 12 months challenge. I would recommend everyone who is considering this to create a product and stick with it to grow it.

Also, there was a big disadvantage on the market that was the enormous players, which offered free options. Small websites would rather go with Optimziely.

I didn’t really have expenses to run the system but I wasn’t really the typical bootstrapped founder either, as I had an office in a WeWork in central London and was running another product as well.

The main cost was the time I spent on it, and that would probably be tens of thousands in dollars. If I wasn’t building that product, I would have probably done consulting and freelance projects. So in the short term, it was a great loss of money.

However, in the long term, it wasn’t. I learned a lot just by launching the thing and it had helped me with my next projects.

I would stick to Anymail finder and try to learn more about marketing and sales instead of thinking slow growth was a product issue.

Also, I wouldn’t try to do it alone! I have co-founders for all my current projects and it makes an enormous difference!‍

I don’t really read as much as I should even though I have a big library at the office to fool people into thinking I’m booksmart.

I have, however, enjoyed books like Traction and love podcasts. A personal favorite is Startup for the rest of Us and Rework. We also produce a lot of awesome content at blog.upscope.io and I make sure to read all of it!

You can follow me on Twitter at @thejoedelia. Would love for people to get in touch and ask for advice. I have many failures under my belt so I can probably offer some good tips!