Taleship: Shut Down +600 Users Startup due to Hurricane Maria 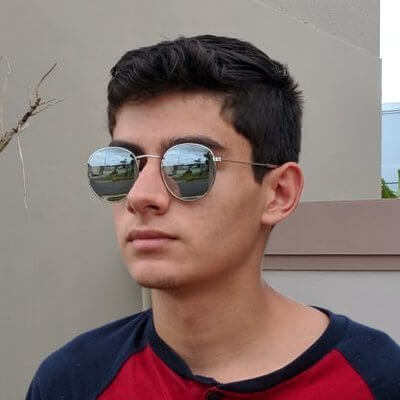 Taleship: Shut Down +600 Users Startup due to Hurricane Maria

Sergio Mattei is an 18-year-old entrepreneur who built Taleship, a social writing application. He developed it himself when he was 16 and participated in a startup competition. Unfortunately, he didn’t win, but was able to get a lot of experience and knowledge that allowed him to grow it to +600 users. Hurricane Maria demotivated Sergio, who finally decided to shut down Taleship.

Hi Sergio! What's your background, and what are you currently working on?

Hola! I’m Sergio Mattei, an 18-year-old entrepreneur and developer from Puerto Rico, and I make things like small products and startups. It’s my passion to do so, and have been shipping things since I was 10.

I’ve shipped a variety of things, but my biggest products so far have been Taleship and Makerlog.

Taleship was a social writing application that encouraged people to take the time to write every day, writing stories with friends. It initially began as a small side project, and when selected to attend the Microsoft Imagine Cup world finals, evolved into a full-fledged startup. Although it never reached this stage, it was planned to reach sustainability by offering an education SaaS, as this industry was showing much interest in the project. This never materialized.

My current project is Makerlog, a dead-simple task log that helps you stay productive and ship projects faster. It works by allowing you to build in public, and receive positive reinforcement from others. It really keeps you productive!

It recently launched on Product Hunt, where it met great success (#4 Product of The Day, peak #3). People really enjoy the project, and I enjoy making it, so it’s a win-win. I also learned quite a bit from my past product, so applying those lessons learned to a new one has been an interesting experience.

What motivated you to start Taleship?

As a maker, I love solving problems - especially those of great social impact. A little-known fact about me - I love to write! As I sat down to write one night, I wondered: “why don’t I ever have time to do this?”. After thinking, I came up with a set of three simple answers why:

Then it was clear; it was a problem I could solve. Using the technical know-how I acquired from previous products, I embarked on my biggest project yet - changing the way people write and updating it to the 21st century.

In general, building it was very, very fun. I’d spend all day coding Django, and writing a reactive editor using React. Quite the unusual combination, but I made it work! Using much feedback from friends and family, I also refined the user experience and removed most bugs.

However, I also ran into a few obstacles while building it.

The first obstacle was picking a stack.

When starting out a new project, one of my weaknesses is the stack selection process. I’m always on the lookout for new technologies (they intrigue me!), and this affects my decision-making process when starting out. However, this obstacle quickly became a lesson learned after a week suffering through the ordeal.

I just decided “screw it, I’m going with Django”. And it worked very, very well.

The new technology I sprinkled to make it magical was WebSockets (using Django Channels). I had never dealt with it before, and using it was a very pleasant experience. Seeing things update was magical!

I also got the chance to up my open source contribution game, by helping out with Channels’ documentation. That was also fun.

The second obstacle I came across was time.

As a high school student, I was in a situation where the time to make would be minimal and I had to make the most of it. In hindsight, I did some things I shouldn’t have done, like skipping certain class periods for feature sprints (don’t do this!), but my stroke of luck with getting selected for World Finals made it worth it.

The third was marketing.

I was completely new to. This one I was not able to overcome, but I learned very much from it. I launched my product on Product Hunt, where it had moderate success. That’s about it, really. I had not learned very much about marketing back then, and that’s something I wish I had done right.

All in all, making Taleship consumed about 5 months factoring in the full-time work to prepare for the competition. It was worth it, though. Incredible learning experience.

As I explained before, marketing was extremely weak. I launched in Product Hunt, posted in a few aggregators… and that’s about it.

Due to the competition, the app was receiving a fair bit of press local and international, but I never took many advantages of it.

Product Hunt was relatively successful, however. After launching the product there, an influx of users entered the site and bumped up the stats with about 40-50 signups. It did not go high up on the board like my latest launch (Makerlog), but enough for a considerable amount of traffic.

A tactic that did not work, however, is the typical attitude of “if you build it, they will come”. This does not work, and I learned it the hard way.

Which were the causes of Taleship failure?

There were three main factors that caused this failure:

Let’s begin with the first and the biggest: Hurricane Maria.

I spent about three months without electricity and bad internet access. This was a rough period of time - especially because of the difficulties we were going through at home. To put this in perspective, I spent a month without assisting school, and I could only sit down and work on Taleship at night. During the day, I was busy with the daily struggles of being without gas, water, or electricity.

The hurricane was an intense blow to Taleship’s operations, and unfortunately, came at exactly the worst possible timing. I was smack middle in the process of writing proposals and setting up test trials for entire interested schools. Schools were paying for Diesel and repair costs - who would buy the product? As it turned out, nobody did. We lost all prospective clients.

Although it was difficult, I do feel proud of my actions during this time. I’d spend most nights improving the product, reading, and preparing for even the slight possibility of getting business. In fact, I overhauled the whole SaaS, fully finished the education offering, and planned a full relaunch of the service.

My inexperience marketing and inability to find a good marketing consultant impaired the possibilities of revival, big time. It halted growth completely after the press faded, and in hindsight, I could’ve done MUCH better.

This one put the nail in the coffin.

By the end of this whole ordeal, I was no longer passionate about the problem I was trying to solve. I was having more fun buried in code than actually trying to make the startup successful, so I stopped. I decided to shut down the service.

The shutdown process was simple: we gave a period of time for everyone to save their stories, then shut the servers down on the specific date.

What wasn’t simple though, was my emotions after it. I felt mixed feelings - on one hand, I spent months crafting a product, and it felt like a baby to me. In another hand, I felt relieved that the load was off my shoulders. Working on it felt painful, and I finally had time for other ideas.

I managed to move on to other projects (like Makerlog) which have turned out much more successful.

The biggest challenge was probably the MSFT Imagine Cup world finals... and it was tough.

It all started in the first meeting - when I was introduced to a developer experience advocates at Microsoft Puerto Rico, who would eventually teach me the art of pitching, user design & experience, and handling the press. Also, we brought in a marketing specialist who taught me how to pitch my product with emotion and appeal to the hearts of the judges.

During this intensive period of trial and error, that lasted about two months, I perfected my pitch and presentation to deliver to the judges. I also began getting much press attention for Taleship.

This was one of the best learning experiences of my life, and I utilize all this knowledge on startups and pitching every day. The public speaking aspect has improved so much - I went from an introvert to confidently giving public speeches anywhere, anytime.

After the two months, the deadline arrived, and Microsoft flew me to Seattle where I’d compete with 51 other teams around the world. After intense pitching sessions and demo showcases, I managed to make it to Quarterfinals, top 32 world - as a 17-year-old solo indie hacker.

I would say that was the biggest challenge - the competition.

What I did wrong? Well, in hindsight, I could’ve utilized the press attention much better. Mostly, they all fall down to marketing.

Microsoft gave me a business grant that covered infrastructure costs, and that was the biggest expense, as Azure is extremely expensive. The losses were minimal - I’d say none. Time spent? Well, about 6-7 months.

I’d probably take marketing much more seriously, and tell myself to stop working on it after the hurricane, as all that was wasted effort. I wished I spent less time coding, and more time giving it exposure. Which is a failure I aim to correct on my newest venture. And I think I’m doing well.

Another thing; at first, I was worried about competition in the market. I eventually realized it didn’t matter as much as I thought it would. Innovation is about taking ideas and making them better, and I did that with writing.

I wrote a Medium post on the whole ordeal of running a SaaS during a hurricane - it’s a great read for some more context on the situation.

Also, if you haven’t checked out Makerlog yet. Definitely do so! It’s a dead-simple task log for makers that help you stay productive and ship faster.