Tandem: Failing to Build an App in the Digital Health Industry 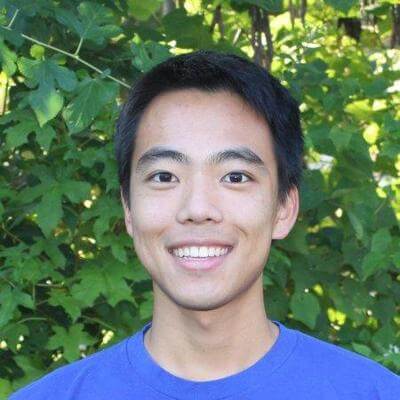 Tandem: Failing to Build an App in the Digital Health Industry

Will is a software engineer based in San Francisco, who co-founded Tandem, an app to help people stay on top of their medications. They carried out some research and considered it was a great business idea. But, after launching, they discovered retention was really difficult and decided not to continue.

Hi Will! What's your background, and what are you currently working on?

Hi! I'm Will and I'm a software engineer / product manager from San Francisco. My co-founder Peter and I are currently working on a weight loss coaching app called Intent, which helps people lose weight through small changes.

We previously worked on Tandem, an app to help people stay on top of their medications. We tested our hypotheses in a 120-person pilot and built an MVP of our app, but found that adoption and retention weren’t what we expected.

What motivated you to start Tandem?

My co-founder and I are interested in health behavior change - we previously spent time doing research in molecular biology and behavioral economics - and we knew that many people don't always take the medications they're supposed to (ourselves included!). Over 60% of American adults are supposed to take at least one medication daily, but half of them don't. The common estimate is that medication non-adherence results in up to $300 billion in avoidable health care costs.

We talked with professors, conducted surveys on Mechanical Turk, and spoke with individuals who take medications regularly. The more we looked at the problem, the more we felt like there was a gap between the research behind medication adherence and the solutions available in the market.

Most people will say they didn't take their meds because they forgot, but that's usually cover for a larger set of underlying reasons (e.g. they don't trust their doctor, aren't sure why they should be taking the meds in the first place, don't have the time or money to fill their prescription). Given that non-adherence is a multi-faceted behavioral problem, we believed we needed to develop interventions that would address each of these challenges.

We wanted to first test our thesis: that tailored interventions would actually help people take their medications more regularly, and that people would be interested in that help. We recruited 120 American adults on Mechanical Turk, all of whom took medication regularly for a chronic disease and had access to a cell phone, and ran an SMS-based pilot for six weeks.

We segmented the group into six categories:

We built a custom admin tool to help us manage sending and receiving SMS through Twilio, wrote custom SMS content, and constructed an automated system to send out reminders, replies, and scheduled content.

We also asked participants to complete pre- and post-study surveys, which were compensated. User satisfaction was high throughout, the dropout rate was surprisingly low, and we observed that intervention groups - particularly the "tailored" group - had improved adherence (adherence improvement was almost 2x the improvement observed in the control group). Many of our participants appreciated the various interventions we delivered:

Based on these results, we felt we were moving in the right direction, so we decided to build an initial MVP of an app that would begin to deliver these same interventions. We picked social support as our first feature. We offered the app for free and planned to grow a base of free users. As we built out the product, our monetization plan was to partner with pharmaceutical companies and payers (e.g. insurance companies) who would be interested in solutions that would be adopted and can genuinely improve adherence.

We designed and developed Tandem, an iOS app that offered medication reminders and also allowed you to specify a companion who would be notified by SMS if you didn't take your medication.

What were your marketing strategies to grow your business?

We first launched the app to our pilot participants, many of whom had expressed interest in trying the app when it was ready. We also posted on relevant disease-specific forums where there would be people who take medication regularly. Since we believed our companion feature was differentiated, we also tried to target companions (e.g. young adult children or spouses of people who take medication regularly) through Google and FB ads, and built a simple web setup flow so that they could get the app entirely set up for their loved one.

We were able to get several hundred users through these techniques in the first few weeks, but found paid acquisition cost-prohibitive, given the app was free, and didn't have a deterministic way of continuing to grow our user base. We explored the possibility of primary care physicians or nurses recommending or even setting the app up for their patients, but the doctors we contacted told us they wouldn't have the time to do so.

What were the causes of Tandem’s failure?

We didn't observe the adoption and retention we expected with our initial MVP, and decided that the path ahead, while still possible, was made dimmer with the market realities we had observed. I'd break down our challenges into two sections:

1. Insufficient consumer interest. There are multiple medication reminder apps available today, but we needed to believe that there would be a larger audience than the <1M currently active American users of those apps who might be interested in trying something we built. We thought if we delivered a differentiated product experience, people who otherwise didn't seek help with taking medications would be interested in trying us out. We struggled to prove this.

2. Poor retention. Some of our users tried out the app for a few days, but didn't last past the first week - more than we expected. We thought that the combination of push notifications (and optionally, companion notifications) would mean very high stickiness for anyone who takes the time to set up their medications, but this didn't play out.

We should have anticipated the acquisition and retention challenges, but we didn't, and that's largely due to the pilot we had run. We tried our best to set up the 120-person pilot as a clean experiment - we requested informed consent, compensated participants for their time, and specified primary endpoints upfront (NPS and adherence). But we underestimated the generalizability of a pilot with recruited and compensated participants. We misunderstood the enthusiasm we saw in the pilot as broader enthusiasm, when really it was just enthusiasm influenced by the study environment and compensation. At the end of the day, if people aren't very interested in a tool to help them take their medications more regularly, it doesn't really matter if you can measure X% efficacy or Y NPS of a solution that no one is going to try in the first place.

What were your biggest mistakes and challenges you had to overcome?

Digital health is a tough space. We observed several other companies before us trying to tackle medication adherence, and if they started as direct-to-consumer, at some point they inevitably pivoted to prioritizing enterprise partnerships. Unfortunately, those same consumer challenges - adoption and retention - follow you into enterprise pilots as well, and when an enterprise isn't able to see meaningful utilization and efficacy with their target audience, it’s a struggle to win those deals too.

We were enamored with designing and validating the right interventions to improve adherence, when the much larger existential question was whether consumers were even interested in the first place. We should have recognized upfront that finding strong acquisition channels was a necessary precondition for this whole project to work, and we should've done some early testing (e.g. some Google or FB ads with simple landing pages) to gauge the difficulty ahead.

I believe we would have had a path to monetization if we figured out acquisition, but more generally, it's possible the area of medication adherence may be intractable, absent breakthrough technology, stronger incentives, and larger market shifts (e.g. doctors and the healthcare system prioritizing adherence).

What were your expenses? Did you achieve some revenue? In the end, how much money did you lose?

When we decided to shut down, we notified all of our users that we would stop further development on the app but would continue to support their usage (e.g. server cost, SMS companion reminders). The app isn’t available on the App Store anymore, but we still have some users who have Tandem on their phones and use it regularly.

We should have focused on validating the market first - i.e. whether people would be interested in help with medications beyond those already using basic reminder apps, and if so, how we could reach them. Just because the problem exists doesn't mean it's ready to be solved.

Relatedly, on the product side of things, we should have been more concerned about how our product would encourage adoption - not just efficacy. Medication adherence is hard because many people don’t really care too much about their medications, and the benefits of taking them are usually far in the future (e.g. taking meds now will reduce the risk of heart attack later). That means a tool that helps people take their meds won’t naturally produce any sort of “aha” moment until much later, if at all. We should have spent more time figuring out how to quickly show a person why medication adherence matters. There are a few techniques that we could have explored, like providing financial incentives (perhaps from an enterprise partner) or being more deeply integrated with healthcare systems.

What are your favorite entrepreneurial resources?

I've recently been listening to episodes of How I Built This by Guy Raz: he interviews a diverse set of founders, and it’s fun hearing about how other founders navigated the early days of what would eventually become successful companies.

You can check out our old Tandem website, and feel free to message me on Twitter if you want to chat further. We've since been working on weight loss with Intent. Weight loss is a space that has considerably stronger consumer demand than medication adherence, but it’s an equally, if not more, challenging behavior change problem. Our thesis is somewhat similar - weight loss isn’t just a willpower problem, tailored guidance matters - and we’ve been able to prove this out with some strong traction from (paying!) customers so far.