Teamometer: $3k invested, 2 years gone and a HR SaaS no one needed 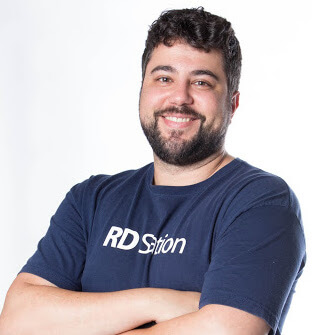 Teamometer: $3k invested, 2 years gone and a HR SaaS no one needed

When reading the Lean Startup book, Sergio came up with an idea he wanted to validate: a SaaS to help teams to perform at a higher level. The validation was done successfully, but since then, mistakes related to technology, founding team and listening to customers, meant its shut down 2 years later.

Hi Sergio! What's your background, and what are you currently working on?

My name is Sergio Schüler, I am 38 years old. My background is in marketing and I currently work as a product manager at a startup called Wunder Mobility, in Hamburg. Even though I live in Germany, I was born and bred in Brazil with a 4-year stint in talent development in Norway and India. But what we will talk about here is mostly about one of my entrepreneurial attempts that failed miserably: a startup called Teamometer, where I was the CEO, product manager, UX designer, janitor...

Teamometer was a SaaS team assessment tool to help teams to perform at a higher level. It would assess the teams’ strengths and weaknesses via a questionnaire, then it would suggest how to address those issues.

This is a pitch video I did:

What motivated you to start Teamometer?

I envisioned and founded Teamometer as a tool to help teams to perform at a higher level. It came to me because I had experienced my fair share of bad teams and managers, while at the same time participated in a few great ones. Because I worked in leadership and talent development, I had a pretty solid base on what characteristics a high-performance team should have.

It was a particularly challenging time for me because I had just moved back to Brazil after 4 years abroad and I kind of didn’t know what I should be doing. I had decided that I didn’t want to work in HR any longer because it was just too bureaucratic. At that point I was reading the Lean Startup, so starting a business seemed within reach.

Influenced by the Lean Startup book, I tried to first validate the idea. So I created the video mentioned above, put it in a simple landing page and invested a few bucks in Google Ads. The landing page offered a free trial call to action, but when the user clicked, the user was redirected to a Google Forms explaining that it was not ready, but they could leave their email to know when it was.

The ad had a very good conversion rate (maybe 20%? I don’t remember).

Any sensible product manager (as I am now) would then get in contact with those people to understand their pains. That was my first crucial mistake: instead of talking to those interested people, I judged the idea validated and went searching for ways to build it. Big blunder.

I reached out to a very entrepreneurial friend of mine. He then presented me to 2 other guys from his network. They were brothers and had a web development shop. We 4 decided to co-found the company literally over a cup of coffee. This was my crucial mistake #2: choosing a co-founder should be something as careful as choosing a life partner to spend your life with and have children - because if things work out, you will.

But here is the deal: of us 4, I was the only one full time in the business. Also only one of us was technical. Worst still: he was an engineer, but he didn’t join to develop software, he was used to managing, not to coding. So what happened then was that we had to hire a web developer and start paying him, while the four of us didn’t add much value. Do I have to mention this was a recipe for disaster?

But there is more: then we spent ONE YEAR building the app without any customer feedback. So this is what happened after this one year of development: we launched, had around 100+ free trials and ZERO sales. Oh boy...

We were counting on inbound marketing to drive demand. We were moderately successful with that (thus the 100+ free trials). But that was a super naive strategy for the type of business we were running. Circa 2011, when this happened, SaaS was really not that much of a thing, especially in Brazil and in the B2B environment. Looking back, it was very obvious that we should have some sort of consulting style sales to help HR folks to see the value of the software.

How did we get the inbound traffic? Basically by writing one article per day about stuff related to team building and development. This was force bruting SEO at its best. At the time it worked to bring the leads. Since I had a marketing and HR background and enjoyed writing, it was “easy” to research a few related keywords, look at competitors and write something better. Soon we jumped to the first top 5 spots in lots of those keywords. 2011 was also simpler days in terms of SEO professionals.

Of course, this whole effort and traffic were wasted because 1) we were not able to convert free trials into paid users and 2) we were not talking to those people to understand why they were not converting. This was a very amateuristic product development mistake from my part.

One thing that was insane is that we “focused” on both the Brazilian and English speaking markets, so we had 2 articles per day, one in English and one in Portuguese. This made no sense, we should have focused on our own reality (Brazil) and later expanded our reach if things worked.

Which were the causes of Teamometer failure?

There are several reasons that contributed to it, but for sure the main one was that we didn’t have a valuable enough product and we failed to validate that. It was certainly nice and interesting. Literally 100% of the feedback we got from those that used it said something on the lines of “it helps me identify issues with the team”. But that was not enough to buy the software. Worst yet: a big part of the software could be easily replaced with a spreadsheet or a Google Form (why didn’t I sell that as an MVP?)

Teamometer was not like water in the desert, it was more like Coca-Cola in the desert. It was a nice to have, not a must-have. So after 2 years and absolutely no revenue, it was pretty clear that we were on the wrong track.

Looking back, it is quite obvious that I should have talked to those people to validate their pains, not using all my time finding co-founders, building websites and apps and designing nice screens. Lots of our assumptions would certainly be invalidated and we wouldn’t have spent so much time (and money) in it.

Another reason was that our go-to-market strategy (freemium) was completely unsuitable for our target market at the time. SaaS and freemium was not a thing in Brazil 10 years ago, we would need a much more hands-on approach to sales and customer service - which would have raised our costs, thus invalidating our super cheap pricing structure.

And finally, it is super hard to have part-time co-founders if you are full time. Also, they should add a ton of value and really jove with you. That was not the case, so I was constantly annoyed that things were not moving as fast as I wanted.

After 2 years of zero revenue, 2 of the co-founders had already left the company and then we decided to shut down. I was especially in dire need of money, so I just went on to search for a job - which funnily enough I got because of my work at Teamometer.

Besides the stuff I mentioned, being the only full-time founder working on it was personally challenging. Everyone had other means of living, while I depended on the success of Teamometer. I would never do that again. Either you believe in the idea and you are in (full-time) or you are not.

Two of the co-founders were the “funding” guys. So they invested about USD 3K. I invested probably around 200 USD.

Our only fixed cost was that developer we had. All the rest was bootstrapped or super cheap. We were all working remotely or in the office of another company that the other 2 founders had. Of course, there was my own time: 2 years of my life. I could add this to the cost, but to be really sincere, it was an investment. My career would not be as successful as it is today without that experience. Hell, I probably wouldn’t even be a product manager, which I found to be what I really love doing.

Definitely validate my assumptions much more thoroughly and faster. I got the Lean Startup book completely wrong, which is understandable when you consider I had no idea about the software development world at that time.

I would not spend time on BUSINESS CARDS, websites, apps, etc. I would first validate and possibly make a few sales on the promise of delivering it in the future. Then, and only then, I would use that money to build something one step at a time, always validating with those early customers.

Here’s a post where I talk more about the story.

Here’s my blog. You can also find me on Twitter and LinkedIn.