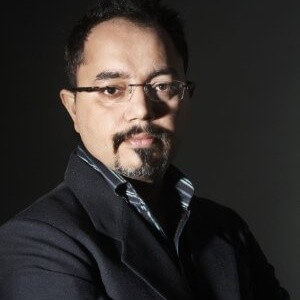 Amit is a hard-core sales professional, who decided to set up a home-made food business with his wife. They started investing $1,200/month to set up the startup and get the first customers. However, once running they had to confront a big problem: the prices of their competitors were much lower. After some pivots, they decided to shut it down.

Hi Amit! What's your background, and what are you currently working on?

I’m a hard-core sales professional and, although I have never worked in the food & beverage sector, I was able to utilize my skills from healthcare in building a new F&B brand.

At the back of my mind was the assumption that if the fundamentals were correct, then the industry didn’t make a difference.

The main idea came into place mainly because my wife is a fantastic cooker, and she was constantly receiving numerous feedbacks from family and friends who had tasted her cooking, telling her she should try to commercialize her passion.

We started brainstorming a few ideas. But we could easily identify a gap in the regular homemade food market, which most of the migrants living in our city (Gurgaon) were missing the most. It is perhaps impertinent to inform you that North Indians usually consume homemade meals including bread, lentils, vegetables, chicken, and meat.

So, after a few weeks, we started The Punjab Kitchen. As the name says, we were specializing in the cuisine from the state of Punjab, which the majority of the people in Delhi NCR are familiar with.

The business model initially was B2C with the intention of pitching to corporates (B2B) in the later stage. We wanted to cater to direct consumers who wanted to buy homemade measl, so our tagline was: “homemade food that fits your lifestyle”.

What motivated you to start The Punjab Kitchen?

Our motivation was to cover a missing solution in the market. Considering the gap, we identified, we had little doubts that we would face any difficulty (first error!).

Prior to TPK, I had held numerous positions within the corporate sector either as head of sales, marketing, or business development. But in either consumer or healthcare sectors, I did not ever have anything to do with F&B. I had little clue on what kind of challenges we would be facing there.

Once we have decided that we were getting on this new project, I carried out a market research and found that it was completely fragmented between a few big organized players.

Anyway, we went ahead with the idea and created an online menu and got into contact with a few professionals from the F&B sector. One thing that was tricky to carry out was the design of a good packaging. It took me a lot of time to sort with multiple vendors.

We also designed some assets to promote our business, such as flyers, posters, banners and stands.

With the positive feedback on the sample tasting and menu, we were clearly ready to go. You can check our website here, and our marketing efforts on this Zomato article and this Facebook Page.

This whole process took us 3 months of intense preparation. This included the following steps:

The whole process listed above lead us to the launch stage, which was clearly the fun part. The real challenges surfaced only afterward.

The pricing of our food was the biggest puzzle to solve. We were clearly not close to the market benchmark, the current price consumers were paying to get a meal, which was around 1$ (70 RS). Our competitors were selling the meals much lower than we. The only 2 ways we could solve this big problem was by achieving economies of scale, which meant to have thousands of customers so that our costs of producing a meal reduced, or to re-use the packaging of the delivered food. Both of them were not possible options.

Publicity was another challenge as we had wasted much of our resources. We were only hoping to get traction either via newspaper inserts or Zomato AD inserts. Additionally, we created some banner stands for placements on corporates who had started taking our products. These are some of the marketing strategies we carried out:

Which were the causes of The Punjab Kitchen failure?

Price was our biggest barrier to dominate the market. The competition was available at half of the price. We didn’t have a much better product. And the packaging was good, but the customer perhaps didn’t care too much about it.

We wanted to get some benefits from the economies of scale, but we couldn’t scale up instantaneously to drive the pricing down.

The signs were clear within the first year. The numbers were not growing the way we thought they should and the monthly payouts started to hurt us.

We tried several attempts to get a breakthrough on B2B. We tried to become vendors to corporates which bought the food for their employees but here we found that established restaurants were already hooked on.

It was indeed a sad moment to close as the plan was to grow internationally. But then, we couldn’t continue to bleed. The resources were minimal and after the first 12 months, we hadn’t even achieved break even.

The major challenge was to create acceptability for our product at the price point. We could have overcome this challenge if we had the financial capability to run a campaign to educate the customer about the differentiated product.

The market is really price elastic, especially for the kind of cuisine we were offering. We could not have been successful at the price point at which we were playing without making some kind of changes either by on products, packaging or elsewhere in the value chain.

We could not break-even after running for almost 18 months of the venture. Our expenses were more than revenues in short.

At the time of closure, we had only got $800 (50K RS) in revenue while we were burning $1,200 (75K RS) every month which included salaries of 2 full-time employees, marketing cost and other expenses. You have to consider, dollars in India are much more valuable than in the United States.

To be honest, I would only jump into the game again if I had enough financial resources to start big and cover the expenses.

Although I had several thoughts at the time of closing that we might have succeeded in the B2B model, I now really doubt about that. Where I would now spend much less time and money is on branding exercise (we changed logo twice). Perhaps this was not given much weight by our customers.

I read about other entrepreneurs on various platforms, such as LinkedIn, YourStory, VCCircle and Tie.

If you want, go and visit my LinkedIn profile.