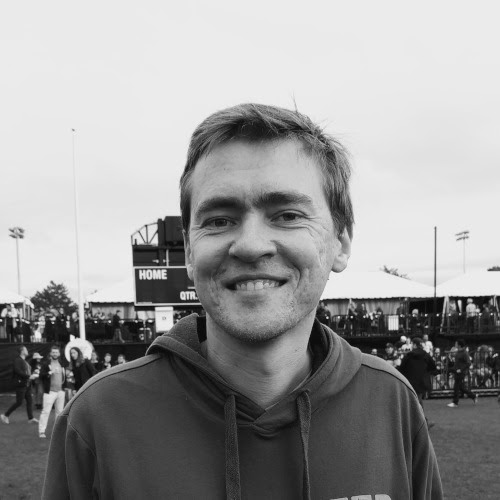 Vladimir was the founder of Toki, a one-stop solution to finding trends and analytics on TikTok. It started as a side-project, but after launching on Product Hunt, they realized they didn't have a deep connection with the problem they were tackling and lost motivation to keep going.

Hi Vladimir! Who are you and what are you currently working on?

Toki was a one-stop solution to find trends and analytics on TikTok. I started working on it almost a year ago and it was my side-project. The main idea was to create a SaaS platform where marketers could get insights on “mined” data from TikTok.

The business model was the typical SaaS subscription with a free trial, plus different tiers showing various levels of data, reports, and other features.

What’s your background and how did you come with Toki’s idea?

I’m a tech guy, with more than 10 years in the web and mobile development industry. I mostly worked in backend engineering, architecture, and technical leading areas.

A few years ago, after failing with a game development company, I gathered interest in analytics and data-driving decisions. The reason was that the biggest mistake we made in building the game development business was a lack of experience in game analytics.

A few months ago, right after the whole world had been locked in their apartments, I decided to spend some time on new ideas. A question was resonating in my head: "How do marketers search for trends and measure their success on TikTok?". I then decided to pursue this idea.

First of all, I planned to build the tool as quickly as possible. I gave myself two weeks for research and one month for development.

Also, I started to think about finding a co-founder. Remembered a good friend, Alex, who probably would be interested in the idea. I pitched him my vision and we became a team of two.

We started talking with few known marketers who work regularly with influencers and got insights about their pains and the daily time wasted trying to measure the success of their campaigns.

Then I started to code the product. Alex created an awesome landing page and we did calls every couple of days about new features, priorities, and pivoting options.

In the beginning, the hardest part was the UI. Another issue was getting data from TikTok. They don’t have an official API and almost all tools and libraries found on Github were unstable. But we found a way to automatically get the data from what was displayed in the app. Two months later, we went live.

It was the hardest part because of our lack of marketing experience. We planned to get the first paid users from friends and cold emailing. Our second step was to launch on Product Hunt and then scale. It looks naive, but it was our plan.

We started with cold direct messaging on Facebook and commenting in marketing groups. We had interviews with marketers with crazy optimistic feedback. We got some signups. None of them was a paying user, but we started getting feedback from real users.

One month later, we decided to launch Product Hunt. We ended the day in the 6th position. We got some traffic, feedback, and messages like “Toki is awesome!”. However, Product Hunt will not do magic for your project. Our launch translated into thousands of visits, a few dozen free users, and zero paid users.

We didn’t follow one of the most important rules: “Get paid customers before the first line of code, before investing hours and hours on the product.”

Despite the lack of revenue, we worked hard and the project looked promising until the week after the PH launch. I was waiting to better understand the project direction based on relevant feedback.

Which were the causes of Toki’s failure?

We made a few mistakes. The first one was that founders should have a fit with the idea, feel an obsession to create a company that solves the user’s problem in a concrete niche.

Founders need to feel a deep connection with the idea and the problem they are tackling to be productive and positive even in hard times. Otherwise, founders give up in a few months when things are not going as expected.

I had curiosity in that market but looks like it wasn’t enough to keep me motivated.

We got one paid customer with a $99 plan for just 2 months. Server expenses were $0 on AWS thanks to YC Startup School. In terms of time spent on the project, the whole experiment was nearly 8 months.

We also got a positive answer from an investment fund about a pre-seed round, right after we’d get our first 20-30 paid customers. However, we planned to bootstrap the business and we didn’t get to that point either.

I should have better analyzed the opportunity and tried to find another idea that better suited my needs.

It was an interesting experience, and it was extremely useful for improving my skills in sales and marketing.

You can find me on Twitter. A couple of weeks ago I started a blog and wrote more about Toki's story. The website closed this month, but you can see how it looked like on the web archive.