The Downtrend of Uptrend: A $15,000 failure in timing, branding, and lack of tools 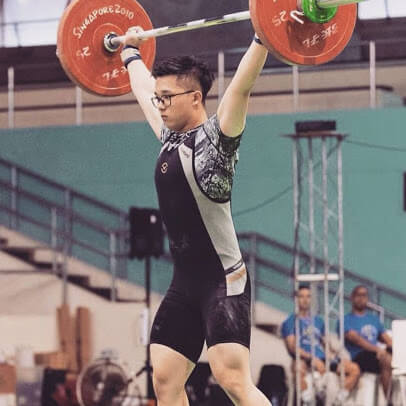 The Downtrend of Uptrend: A $15,000 failure in timing, branding, and lack of tools

Maverick shifted from being an athlete to becoming an entrepreneur after seriously pondering what he wanted in life. He founded Uptrend, a deal sourcing agency for M&A firms in the US. He had some trial and errors initially but found his footing after he met an M&A advisor on a Facebook group who became his accountability partner. However, the business eventually closed down in January 2020 due to burnout and not having a foreseeable future.

Hi Maverick! Who are you and what are you currently working on?

My name is Maverick. I was born and raised in Singapore. I’m 22 and I’ve just got out of the army.

A few years ago, I founded Uptrend, a consultancy that specialized in deal sourcing for M&A firms. The business model was a B2B lead generation agency.

It had a very lean operation - I handled everything, leveraged automation software, and outsourced menial tasks such as designs.

In Jan 2020, Uptrend was shut down. Writing this interview really helped me reflect on the things I could have done better so thanks Failory!

What’s your background and how did you come with Uptrend’s idea?

Just before Uptrend Consulting, I was studying for my degree. I was also actively involved as a student-athlete for the Singapore weightlifting team.

I enjoyed the “grind” of having to balance school and sports, which gave me a sense of purpose. But once school was over, I was stuck in this vacuum of time wondering what I really wanted in life.

This was about 4 months prior to enlistment. That was the “oh shit” moment when reality hit me. Lifting weights wasn’t a feasible option during the 2 years of service, neither was it after.

I set down and thought real hard about it, and came to the conclusion that financial stability and freedom was what I truly wanted.

So I decided to drop the sport of weightlifting and dedicated the 2 years’ downtime to focus on building a business and fixing my injuries (2 shoulder surgeries).

I had to start from scratch as I didn’t have any skills at all. Uptrend Consulting was largely failed experiment of constant pivoting to find a market fit.

I first invested in a really expensive course (around $2k) which taught me how to start a consulting agency. It was a large sum of money to me at the time, and I wanted to get back my return on investment.

The initial idea was generating leads for RE agents through Facebook.

I then also began sending cold emails to try to land deals. It was through a lot of trial and error, that I kind of struck cold.  My cold email copy and strategy could land a 10% call rate.

It was a unique experience as I was pitching to New Zealand real estate agents from Singapore. I realized I was no longer restricted by my geolocation as I could land cross border deals.

However, I soon started to get demotivated as I couldn’t hold a sales call for more than 5 minutes before prospects hang up. I didn’t have the skills or system to close deals.

So one thing led to another and I met an M&A advisor on a FB group who became my accountability partner while snooping around in Facebook groups. He introduced me to the Sandler sales system and taught me a thing or two about closing deals. Soon, he decided to hire me to help him out with his firm.

Things took off from there, I knew a lot more about this niche itself and I knew the main problem these M&A advisors faced. I went 100% into it because I realized I could solve their problems.

Mainly just cold emailing and using Linkedin for direct outreach. I posted blog content on LinkedIn groups once every 2 weeks. Starting was darn slow, but as I got my messaging dialed-in, I got more and more sales calls.

I bombed my first 60-70 sales calls, as I was still getting better at sales. Think of it as learning to ride a bicycle the first few times. You probably suck at it and fell many times before you can ride smoothly.

Pitching to these 7-9 figure guys was not easy. They were sharpshooters, brutal, and would tear my sales pitch apart. I had my ego bruised real bad, but after a while, I kinda became immune to rejections.

It was only from the 80-100 calls onwards that I started to get better at sales. I started noticing similar patterns of smokescreen these guys would throw. Things got easier because I was fully prepared. I entered each call knowing what these guys were going to say, and how I could counter their objections. That’s when I started closing clients and getting paid (3 clients at $2k retainer).

That hurdle was over, but delivering results and retaining clients was a bigger problem I couldn’t solve, and eventually led to the downfall of Uptrend Consulting.

Which were the causes of Uptrend’s failure?

The failure boils down to 3 things:

Branding issues: Poor choice of domain name that didn’t really convey intent. Despite the rather small niche in the U.S, no one remembers the brand of Uptrend neither does it tell them what we do. It was a fundamental problem that I failed to realize until my friend got me into domaining.

Lack of tools: I didn’t have the necessary resource or tools to develop a database of business owners for these advisors. Most of these advisors’ ideal clients tended to be old people who weren’t on any form of social media. They also tended to be skeptical about everything and only trusted referrals.

I decided to shut down operations on the 10th-month mark as I was burning out. I couldn’t see any foreseeable future with it - even if I had gotten more clients, I wouldn’t have been able to scale it much as the niche was small and retaining clients was a major problem.

I felt lost because I didn’t know what I would do next. I could go back to running an agency, but I would have to put myself through the same torture again.

During the period, I also picked up a couple of other projects with my buddy. Things got overwhelming so I decided to shelf some of them.

Operations were pretty lean, as I relied on automated software to run the outreach for my clients. Most of the expenses were just for the automation software, VPS and occasionally design work on Fiverr.

I made about $15k+ but invested about $11k of it on other tools and resources to help improve myself.

I’d steal existing ideas because they are already pre-validated. Pick a generic niche like Roofers or Dentists, and study the top guys in the market. Figure out what those guys offer, how are they branding themselves, reverse engineer their success.

The other important thing is getting the branding down, so a solid domain name and a good copy would have easily set me apart from the rest.

I’d look for freelancers with experience in the niche and leverage their results to secure the clients. Skip the step of needing proof of concept because the idea and results are already validated.

I’d just focus heavily on securing the first 10 clients while fully outsourcing the service delivery. Eventually, build an internal team that fulfills the delivery to keep cost low, and reinvest more capital into promoting the service itself through organic and paid traffic means.

It’s like an instruction manual and a cheat sheet for life. Pretty lucky to discover it when I was 18. This kinda gave me a set direction because it literally shows you the path you can take and the consequences that come with it.

Books: You can’t teach a kid to ride a bike at a seminar - David H Sandler

It’s more than just a book on sales, it taught me the importance of mindset, having a set of values, and sticking with it. I’ve probably read the book 4 times and listen to the audiobooks another 3 times. It kinda became a way of life for me. The biggest takeaway from the book is being direct with your intentions and setting boundaries. The framework is applicable to every aspect of life.

Currently working on Endorsive where we help entrepreneurs save more time through automation, delegation, and systems.