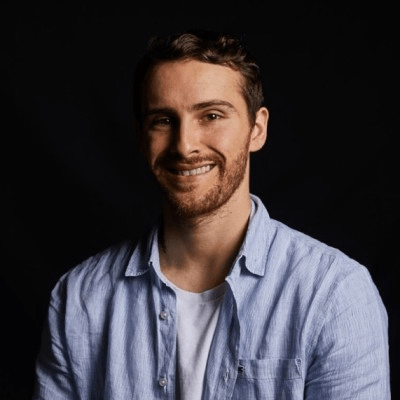 Michael is the co-founder at Vidico, a video production agency that works with startups and tech companies like Square, Spotify, Uber, and YC Companies. Vidico has earned over 1.2 billion views, is already profitable, and growing team size 2x YoY since 2016.

Hi Michael! Who are you and what are you currently working on?

Hi! My name is Michael Pirone and I’m a co-founder at Vidico, a video production agency that works with startups and tech companies like Square, Spotify, and Uber. Vidico is 5-years old now and is moving from startup to scaleup in 2021. I’m 29 years of age and based in Melbourne, Australia

Vidico produces video campaigns and explainer videos for neat tech companies and emerging e-commerce brands. We also work with a lot of Y-Combinator alumni. By the numbers, we’ve earned over 1.2 billion views, so odds are you’ve probably watched one of our videos without realizing it.

In addition to being co-founder, I’m the Account Director, which means I lead our business development team in establishing new projects. I have a lot of interesting conversations with startups from seed stage up to late-stage, whether it’s founders, CEOs, marketing managers, or a Head of Brand. Our business model is quite simply fee-for-service, though we do engage in retainer work with some of our closer client relationships.

In some ways, startups live or die by their ability to tell their story clearly. And not just their story, but how they provide differentiated value. It’s somewhat of a need when it comes to startup success. It seemed relevant to me if a group of creatives could focus on this particular niche, that there was a business.

Whilst more and more startups were appearing, video was also dominating the online media landscape. It’s truer today than it was five years ago, and I think COVID played its part in accelerating video’s adoption for both businesses and consumers.

Whilst in retrospect we could have been a broader agency and included UI, brand, and the whole works, I’m really glad we specialized in video, as it allowed us to focus on our internal processes in a way that reflected externally through an excellent client experience.

I was studying communications and film at RMIT, which is also where the confidence in heading into a video career came from. I was also working at a Mexican restaurant that served great tacos. This was super important, as I’m convinced that there is some kind of advantage to a founder/someone in business development who has worked in hospitality for an extended period; you have to think quick, talk quick, and get drilled on the difference between good and terrible service.

I wanted to travel more but found that hard to balance with giving a meaningful effort to starting Vidico. I admire people that can do that, but I’m not one of them.

My co-founder and brother Evan also studied film and scriptwriting. We always had a love for the movies and got heavily interested in the idea of startups during our last year of university. The idea came from a web-series that we both produced; it wasn’t a startup, but it was a project.

Learning: start with a project first, and if 3-5 people tell you you’re onto something without tilting their opinion, I’d take particular notice and double down on your efforts.

I’m a person that values independence, and also someone that didn’t see themselves fitting well in a corporate environment. I’ve had experiences in previous jobs where people just didn’t want to try ideas if you put them forward. Vidico has grown on the exact opposite foundation; our team is part of an environment where if they want to try something new, Evan and I will back it 9 times out of 10.

It’s hard to do this in larger organizations where the decision-making process is too hierarchical and matrixed.

Lastly, there was also disruptive reasoning: I consider the traditional advertising agencies to be heavily overcharging their clients. This meant that a tonne of startups simply couldn’t meaningfully participate in having a high-quality video, and that just didn’t seem right to us.

I had an idea for a travel app called Myway, that allowed 1:1 tours with locals. Got the app to the prototyping stage with Evan and the timing was good. But the wider team wasn’t right, and our momentum got stalled with Vidico (then Lunamik) getting traction. Airbnb Experiences then launched some years later, and I watched several startups get high valuations based on the business model. That’s the difference between having a concept and being able to meaningfully execute. All things considered, a travel business would have been a nightmare to run in the COVID era, so it all worked out in the end.

Also had an idea called Menyu. Digital and physical menus. Got as far as designing the website, but Vidico got even more traction to the point where it just had to be our only focus. Later Mr.Yum and HungryHungry emerged, which did sort of validate our framing of the problem.

The website went through 5-6 major iterations in the first year and a half. We originally went vertical agonistic, but this was a huge error.  It would have been so much easier if we went all-in on startups from the beginning. Probably would have been two years ahead of when we are now.

Learning: Specialise, and then broaden out only once you have obtained some kind of product-market fit. Classic YC lessons like validate with a small group of users first appear true, and Peter Thiel’s idea of starting with a small concentrated market and then seeing bigger markets as larger concentric circles over time was also very correct for us.

I think we had only two clients in the first year, which is not something everyone is prepared to go through. It’s an extremely tough life for the first 1-2 years, and that was with us working 12-14 hours a day on the regular.

We ran ads with almost no success. The best way of getting new customers was honestly knowing what they looked like, and reaching out to them with a highly personalized note on why our collaboration would be beneficial whenever we came across them.

What worked: reaching out to clients that we genuinely wanted to work with. Doing the best job we could for those clients, so they’d work with us again, or tell a friend/colleague. Doing that about 300-times over.

What didn’t: offering free videos. No one trusted us at the beginning, even though we honestly were just trying to get a portfolio to show that Evan and I could make high-quality videos.

We worked with some big name clients like Koala and Square, where the work got seen on national TV campaigns in the US and Australia. It pretty much solved the credibility/trust concern each new client had in one-shot. The work was also so widely seen that most new prospects had seen the videos too, which helped. We couldn’t have ever started with these clients, but it would seem you do have to keep working your way up until a very high leverage opportunity presents itself; those projects were good examples.

For me, it felt validating. If you can do work at that level a few years into your professional career, it felt like I was on the right track, and that there was substance to all the thoughts I had around whether the company was going in the right direction.

Revenue has grown steadily, and it’s been reflecting nicely in the size of our team growth (we’re completely bootstrapped).

Year 1: Myself and Evan.

We’ve also seen a lot of startups come through, and have formed many ideas based on all the cool trends we’ve seen. One of these ideas is turning our service knowledge into a product, and that product is going to be called Vidi.

I will soon be starting the startup journey again with Vidi, and look forward to applying all my learnings as a co-founder to this project.

Since starting Vidico, what have been your main lessons?

#1: Be on the axis of not just one, but two exponential growth curves. Ours was video and startups.

#2: Make a product so good, people tell others about the experience (aim for high NPS and keep iterating until you obtain it).

#3: See the team you build as the company you build. Hire collaborative people, who aren’t necessarily the most experienced, but have the most potential.

Started servicing broad-industry instead of a niche first. Don’t do that — too much competition, and very hard to differentiate unless you have top, top brand expertise. We were OK and could design relatively well, but even that isn’t enough when you're against much larger incumbents.

This isn’t the same as not being horizontally ambitious. You can be that, but you should focus first, get product-market fit, and then repeat with another adjacent market or product.

The disadvantage we had was zero relationships with agencies, which feed production companies' work. We weren’t in a position to make the agencies change suppliers, so we had to go direct.

Paid ads are hard to get right for B2B that doesn’t offer a self-serve product like SaaS; it cost us a fair bit in experimentation.

The tools I recommend are Slack, Notion, Figma, Adobe CC, and Dropbox.

Books I recommend are Zero to One and Creativity Inc.

I love the All-In Podcast and Keith Rabois and David Sacks on Everything Startups. Whatever they write, or whenever they speak on a podcast, I’d recommend taking some notes.

You can see our work at Vidico.