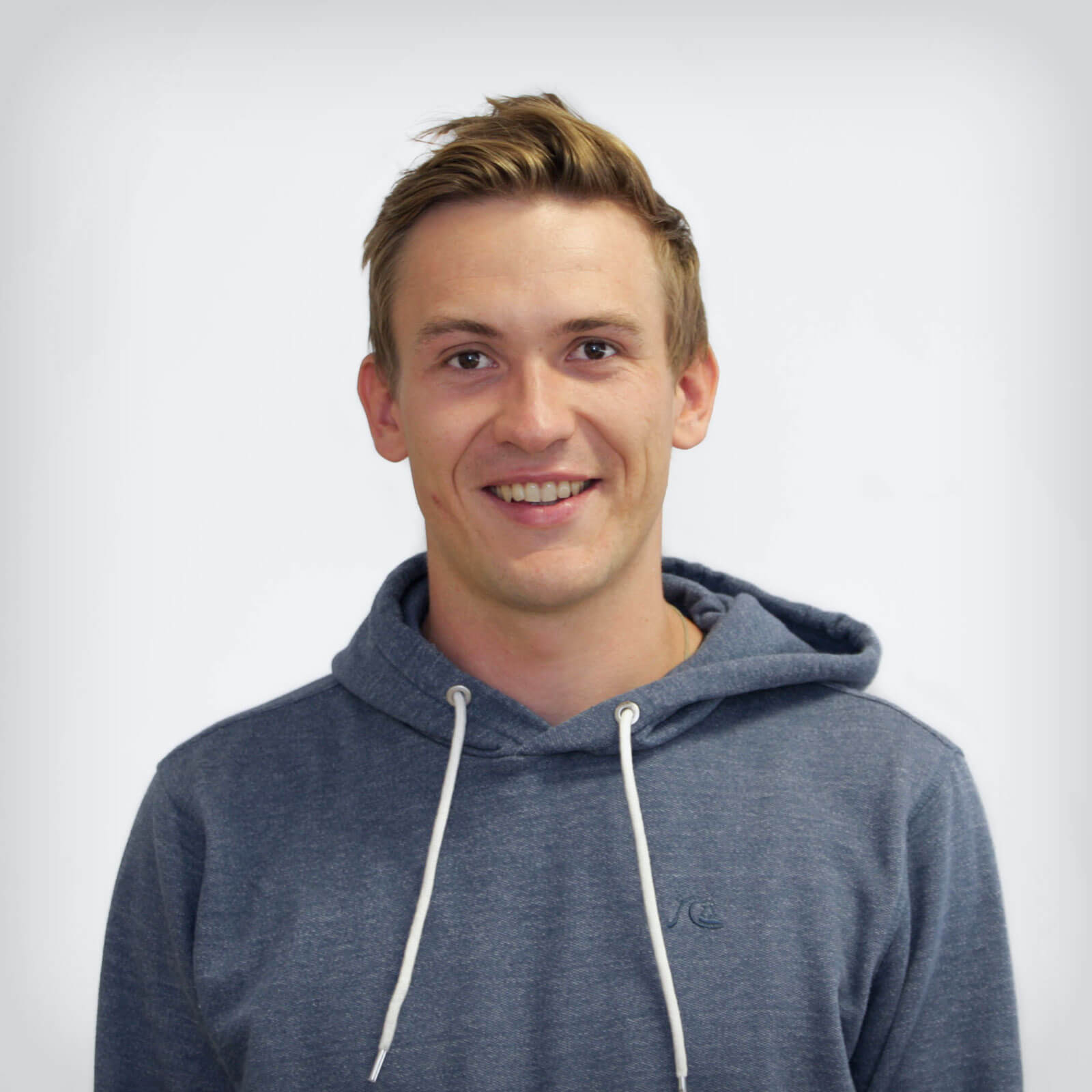 Waterproof Digital Camera was a blog earning $250/month. Primoz started to look for faster results and carried out Black Hat SEO strategies. It was the failure of his business.

Hello Primoz! What's your background, and what are you currently working on?

Hey there! I’m Primoz Cigler and at the moment I’m taking a flight from the USA back to Slovenia, EU where I live.

At ProteusThemes, we’re helping web agencies build beautiful, fast, and mobile-friendly WordPress-powered websites. We create WordPress themes based on a thorough research of various niches which are easy to use and allow the agencies deliver more websites faster. ProteusThemes specializes in WordPress themes for local businesses.

The other project is called ProteusPay and it’s an eCommerce integration between WordPress and FastSpring platform. We started using FastSpring ourselves a year ago at ProteusThemes and had to build the integration from scratch. Many people approached me for the solution around that, so we’ve decided to release it as a plugin so every website owner can easily connect the FastSpring to WordPress and start selling digital products without any extra time or money spent on integration, taxes and invoicing. It’s especially valuable for businesses located in Europe or those who are selling to EU.

What was Waterproof Digital Camera Blog about?

Waterproof Digital Camera Blog was one of the more successful side-projects I’ve started prior ProteusThemes. Until it wasn’t, as we’ll see a little bit later on.

Since I was 13 I was very interested in photography. Then in 2011 I attended the diving school and obtained a scuba diving license. So, I thought maybe I should try and level-up my skills in underwater photography. The underwater housings for the DSLR cameras were way too expensive for me, but a new range of cameras arrived in the market at that time - compact waterproof digital cameras. I started doing some research on which one I’d like to buy and there were no good reviews of these cameras out there back then. None of the online resources focused specifically on waterproof cameras. This is when it clicked in my mind - maybe I should start one? I’ve been freelancing for years at that time so spinning up a new WordPress blog was easy for me. I registered a domain name waterproofdigitalcamerablog.com and started writing “dry” reviews, with all the information I was able to find online about these cameras. I even started a Facebook page back then to start a community around the topic. I was so excited when I started getting visitors and also the Facebook page started getting some organic likes.

The idea was to have the reviews and list of all the waterproof cameras under $1,000 available on the market.

Which was your business plan?

There was no business plan in the true meaning of the word. Everything I’ve started and tried back then somehow emerged from experimenting and doing things I’ve liked and when something gained traction and opportunity to earn some money, I’ve got more motivated and put more focus into that.

If you’re putting something valuable out there and you’re starting getting the traffic, you can always think about the monetization later on. Consistently getting enough traffic on your site is always one of the hardest things that startups are struggling with.

There were two plans how to monetize the site: with the ads (think AdSense) and Amazon affiliate program. But first I had to grow the traffic.

Which SEO strategies did you use to grow Waterproof Digital Camera Blog?

The SEO was the only traffic channel I was truly aiming for. But there’s that little problem with SEO - it takes months, if not years before it starts getting into effect.

The most important aspect of SEO is that you have a high quality, in-depth content. There are hundreds of factors impacting your Google rankings, but none of them will help you as much as having a truly unique and outstanding content.

After a few months, Google’s spiders started paying attention and the traffic started to grow. I’ve signed up for the Amazon affiliate program and placed CTA links at the end of the individual camera review articles. I remember that only days after placing the links someone bought the camera on Amazon and I got my first affiliate fee cut. I couldn’t believe it’s happening. It was especially motivating because the cameras I was reviewing were in the $300 - $500 range so I got around $20 from each individual sale.

When I’ve started seeing the first sales coming in, I decided to double down on Waterproof Digital Camera Blog. I became impatient and this eventually lead to the failure of the project.

The first thing I started doing were the real reviews of the waterproof cameras. I remember it was early summer 2011 and I’ve just obtained my scuba diving license. I wanted to get the real cameras to test them out in the water. I’ve written to several big-name brand representatives who had an office in Ljubljana, if they have models for testing. It turns out that they had cameras who they lent to magazine writers for the reviews. I’ve prepared a pitch how I’m running this successful blog in English and supported it by same numbers. Apparently, this was convincing enough that they were happy to provide me their cameras for a couple of days. In the middle of the summer, I was even allowed to take the camera from Olympus to the 1-week-long scuba diving cruising around Adriatic Sea.

From actually having the cameras, I was able to write the hands-on reviews, take sample shots, videos, so the quality of the reviews improved a lot at this stage. From simple 1,000-words dry reviews of the features, they became longer in-depth articles I’ve usually broken down to 6 or 7 subpages (technical overview, design & quality of build, quality of the image, sample shots).

The second thing I’ve got this blog into was eventually fatal to the business. Even though the initial SEO results were promising, I became impatient and wanted the results faster. I have discovered that hugely popular blog of networks called BuildMyRank where you were able to buy the backlinks to your site from domains with a good PageRank (yeah, PageRank was the thing back in the days!).

What caused the failure of Waterproof Digital Camera Blog?

Not long after I’ve started buying the links and applying the black hat SEO tactics, the whole BuildMyRank PBN network has been discovered by Google. All the sites that participated in the scheme and were not having enough authority coming from other sources lost their rankings and ended up in the sandbox - still being indexed by Google, but not appearing anywhere in the search results.

The effect was abrupt - all the work I’ve devoted to growing Waterproof Digital Camera Blog was gone overnight. I’ve continued working and fixing the things for some more weeks, but after seeing no improvements I have abandoned the project. I cannot remember if I’ve put it on Flippa or not, but anyway it was worthless without the traffic and the revenue. I didn’t even bother to extend the domain when it was due. I’ve checked out months later that someone else bought it, but didn’t do anything with it really. Surprisingly, I went to check it out again at the time of writing this and waterproofdigitalcamerablog.com is available again. So, if you want to, you can go ahead, buy it and continue where I left off. I can maybe even find the old articles for you on my server if you’d like to start with that :)

First and foremost: this was the first and the last time I’ve applied black hat SEO. It’s not worth it, in the long run it doesn’t pay off. Google has an army of the best experts in the world for detecting black hat trickery and it’s only a matter of time when they’ll find you and knock you out of the search results.

The second thing I’d do is that I’d select a better name for the blog and more brandable domain name. Years back, there was an advantage of having a domain name with your main keyword inside. Today it looks silly and spammy, so I’d avoid it and come up with anything, but a generic keyword-powered name.

Don’t mess around with Google. There are no shortcuts to success, not in SEO not anywhere else. If something feels too good to be true, it probably is and eventually, you’ll have to pay the debt. In my case, it cost me months of work that went to nothing and I had to stop the project.

If you will be working on the content marketing and SEO, be prepared it will take months before you’ll start seeing the first effects and years before it will eventually pay off. But *it will* pay off only if you are consistent and focus on your readers/users.

More than always when producing new content, plan at least 50% of your time on promoting your content. I learned most of the ways how to do it by following Neil Patel’s Marketing School podcast.

Which marketing book would you recommend?

At the moment, I’m reading Cialdini’s The Psychology of Persuasion for the second time. It’s must-read for any marketer or business owner and by reading it you can learn both sides of the coin - how to be a good marketer, how to write a good copy or do direct sales, but also how to prevent in real life that others don’t exploit your human nature.

At the beginning of this year, I’ve started writing a blog in English where I transparently share how I run the business along with the revenue reports and marketing techniques that work.

I’ve also had an interview recently published by Indie Hackers about bootstrapping my WordPress theme shop business from the ground up.

Last but not the least, find me on Twitter or shoot me an email to my first name at proteusnet.com.