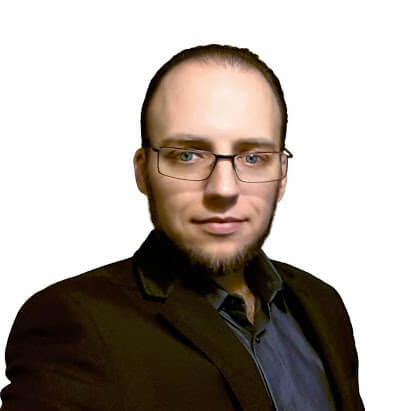 Watu was a temporary staffing app founded by José Pablo Fernández and his business partner. The business was very sticky; once a company started using the app, it was very unlikely for them to leave. So what could have gone wrong!? Read our interview with Pablo below to know more.

Hi Pablo! What's your background, and what are you currently working on?

I’m Pablo, a 37-year-old entrepreneur, and programmer, originally from Buenos Aires, but currently based in London, UK after having lived in many different countries.

I remember exactly the day when I started coding, it was my 7th birthday. My birthday present was a computer and on those days, they came with manuals with code to copy and play with and that’s what I did when I got bored of the games. Except for a brief interlude in which I tried to be a musician, I coded pretty much my whole life. These days, as a side project, I’m building I’m OK, a little tool to help my friends with isolation, feeling sad, depressed, etc.

Watu was an application for temporary staffing agencies. For example, when Samsung needed a lot of people to be at the booths to show their phones during the 2012 Olympics, they hired a temporary staffing agency, which in turn used Watu to define the jobs, the teams, who works when, where, shifts, payroll, reviews, etc. I was the CTO at Watu for the first couple of years. I wrote the first line of code, hired the developers, etc. 2 years later or so I became the CEO when my business partner left.

What motivated you to start Watu?

Any ideas I have tend to be the sort of ideas a software developer can have because that’s who I am. Those tend to have a lot of competition and generally good competition. I wanted to work on those niches that you’ve never heard of. Those can be a gold mine, a consistent gold mine. At the same time Jules, a friend of a friend was searching for a CTO to build his idea. I’ve never met him before, but he pitched Watu to me and I was immediately sold.

Before starting Watu, Jules was running several staffing agencies of various kinds and was very well connected and respected in the industry. This ended up being a bit of a challenge because other staffing companies didn’t want to share their private books with us, but eventually, they understood we weren’t trying to steal their customers. He also commissioned various applications built for his own company which gave him experience in what an app like Watu was supposed to do.

For the first 9 months or so, it was just my business partner and me. I started the project using Ruby on Rails. The project didn’t have anything particularly complex but it was big with lots of, let’s call them, modules. I developed the concept of wide and narrow products when working at Watu. Some products are narrow, like Twitter, while some products are wide, like LinkedIn. In a narrow product, you can polish more while in a wider product you need to tick boxes and move on to the next thing. I don’t think neither is intrinsically better, but knowing what you are doing is important.

One problem I ran into was the reliability of server uploads to AWS S3 when hosting the app in Heroku. My solution was to move to our own servers, hosting all the files in a GlusterFS cluster I set up. This was a mistake as it was a maintenance nightmare over the years. The day I turned off I was so relieved. I wish that I tried more workarounds to stay within Heroku and S3.

I remember we had the first customer up and running sometimes on month 6 or 7 but it took until the middle of the second year and our first hire for us to have the all-important job module that would allow companies to build jobs, shifts, teams, assign staff, track attendance and feedback. At that point, our value jumped and we started onboarding customers very consistently.

When my business partner was around, that was the marketing strategy. Well… we weren’t really doing marketing, but high touch sales. He was the sort of person that could find customers everywhere. He would go out to buy a pen and come back with a customer. I always appreciated it, especially when I was forced to do it myself.

We did have growing organic signups but nothing spectacular. We tried several marketing strategies but it didn’t make a difference in either direction. What always made a difference was Jules doing high-touch sales. Sadly, one day he realized he needed to do something else, he was burned out from working at a startup. It was very abrupt. He told me that either I stayed as CEO or we were closing down the company. I chose to stay.

Without him, our growth stagnated. I kept the company going by making sure it was well staffed and maintained. I managed several developers and support staff. I tried for a while to make it grow, we re-launched a new website, did some marketing, but nothing I did really moved the needle. We grew 2x or 3x during that time because the product was good and because our churn was 0%.

I’m not kidding. Our churn for the first 3 years or so was literally 0%. Watu was a very sticky product, and once a company started using it, it was very unlikely for them to leave. Most of our churn were companies going out of business.

I had a period of trying to pivot the company. I felt a lot of responsibility towards my staff, their jobs, their families. But nothing I tried really worked and eventually, we dialed down the company to the bare minimum, reducing costs, generating profit, and doing profit sharing.

We only started to consistently lose customers to a competitor in 2019, about 8 years after we started it and about 4 years after we stopped developing. That’s how good of a business it was. At that point, we approached several of our competitors and we made a deal to sell the company.

Which were the causes of Watu failure?

I think there are several. My business partner leaving was a blow I couldn’t recover from. That’s the other side of the coin of working on an industry you know nothing about. If the domain knowledge person leaves, you might be in trouble.

A big mistake I made, as CTO, was to allow technical debt to grow too much. I hired a great developer, someone who is very efficient but at that point had little regard for technical debt, had little regard for maintainability of the code. We all worked very closely together, so, when the developer said “We could do it in a week, but without tests”, the CEO was happy and would push for that. I should have raised my voice more frequently but it was a hard sell to take 2 weeks to do what a developer was claiming to take only 1 week. When that developer left we grind to a halt. Nobody else could maintain and evolve his code. We tried several times to re-write it, but we always got stuck.

I personally never accepted defeat, but one day, the majority of the shareholders told me it was time to stop trying. They used the control of the company to force it into maintenance mode, firing most of the people, reducing costs, and starting generating profit. I was one of the fired. I was very angry at that time, but it was probably the right call. Not because it was the best thing to make out of this company but because I couldn’t personally do better. They gave me an opportunity and I failed. If I was in the same position again, I would try harder to get to know the industry instead of finding another one.

My business partner says that one of the reasons we failed is because we didn’t raise money. He said he was scared of the commitment towards an investor.

We tried to sell the company several times but to no avail. Only when a competitor started to win customers away from us, we declared the end of the line and made a deal with a competitor. We told them: you can fight us or you can buy us; you’ll probably win the fight, but you’ll make more money buying us. They didn’t have the funds to pay us cash for our customer base, so, they bought it in installments for over 2 years. I think it was a deal we all benefited from.

The biggest mistake was to build an application that matched the UK market very well, and other markets not at all. Despite the fact that we had great sales and a great product, we quickly found the UK market was smaller than we expected and that our application was not as useful abroad. This meant our international expansion was a failure.

But that’s not all. When we tried to sell the business, a SaaS product with about $20k MRR, and a churn of effectively 0%, we found no buyers. The reason was that American entrepreneurs didn’t want to buy a foreign business and there aren’t enough British entrepreneurs for the market of selling companies to be liquid enough.

We did have revenue. About $20k MRR at the top if I recall correctly. Our expenses were about $4k/month on computers and $1k/month or so on other services, like email, SMS, project management, customer service, etc. We sent millions and millions of emails and SMS. We were almost always breaking even, the rest of the expenses were salaries and taxes.

I think overall, Watu probably made a 2x return on the money invested. My business partner was one of the investors and he worked for free while he was working. If we had to add his salary to that equation, Watu probably broke even.

I think all entrepreneurs should read The Hard Thing About Hard Things. I re-read that book every year and whenever things get hard. It’s even very entertaining.

When it comes to podcasts there are two that I listen to two consistently. One is This Week in Startups which is very aspirational, about changing the world, about making unicorns. The other one is Startups for the Rest of Us which is about bootstrapping, about sustainable entrepreneurship without going all-in for unicorn or death. I think I prefer the bootstrapping model unless I stumble upon a potential unicorn, which is very unlikely.

Here’s my blog. Pretty much everything I do appears there in one way or another. You can also follow me on Twitter.