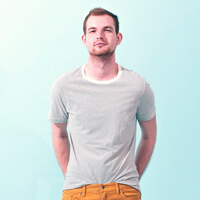 When he was 16 years old, Mat wanted to help his family improve the standards of living. So, he started a business which imported consumer electronics and re-sold them at almost x10 the original price. Through affiliates, he was able to put his business on the track to 6 figures in the first year. However, one day he received a call from a law firm which forced him to shut down the startup.

Hi Mat! What's your background, and what are you currently working on?

Hi, I’m Mat. The biggest startup failure I’ve had in life was when I decided to put some efforts to build a business. I was always building useless products like Hardcore Prawn Lawn, a website that has no purpose, receives on average 230,000 unique visitors, and was eventually sold for thousands of dollars.

Flip back to 2008, I was a naive 16-year-old who decided to get into importing consumer electronics, such as USB drives and MP3 players. I saved up $1,000 from working a horrible afternoon job and was on my way to becoming the first debt-free graduate in recent years. Fast forward less than 12 months later, the business, which was now named Zor Technology, was on track to do 6 figures in its first year, I was put on one of those humiliating “top ten young entrepreneurs to watch” lists and overnight, it ended with a threatening call from Apple.

Nowadays, I’ve grown up. I’m currently working on Wacky Waving Man, the world’s first USB-powered wacky waving man desk toy. This is something that I’m incredibly passionate about. It’s useless, it has cost me a shit ton of money to create, is over-engineered and again, serves no purpose.

What motivated you to start Zor Technology?

I was 16 years old when I first started importing consumer electronics. My only motivation was to help improve my families’ standard of living. Prior to this, I was at school Monday-Friday and working every afternoon at my local printers getting paid $6.50 an hour. When you grow up with a single parent working 4 jobs to put food on the table, you realize pretty quickly that you need to help out in whatever way you can.

How did you grow Zor Technology?

At first, I was selling all my products on eBay. If you’re unfamiliar with eBay as a seller, it’s essentially like your first time with a prostitute. Everybody is disappointed with the end result, the seller is always the one getting fucked and when it’s all over you’re crying in the dark alone. I realized it wasn’t a long-term solution and decided to move away from it.

Over time I would sell my products on my own website, however I didn’t invest a single dollar into marketing. All sales were made either through word of mouth or referrals. I’d like to refer to my blog post titled: “My Early Business Life: A 6 Figure Business That Fell Apart When I Was 16” where I talked about one of my marketing strategies:

“Because I was always busy both before and after school, some of my friends caught wind of what I was doing and wanted in. Looking back now, I had somehow recruited affiliates, but back then they were simply friends helping out. I had designed a flyer template which I gave to each affiliate (I’ll stick with the term affiliate for now) and had them add in their name and contact number at the bottom of the flyer. I raised my prices to $55.00 per item giving each affiliate $15.00 per sale which left me with $40.00 profit. I remember before the Christmas break going to school a few times with a box full of MP3 players and handing out lots of 10 to people who expressed interest in selling. This was probably one of the easiest things I did to make a few thousand dollars – who knew teenagers were good salespeople!”

Within a few months, the business was doing it pretty well and was on track to 6 figures in the first year. My entrepreneurial story started to go viral which helped me make Zor Technology more famous. However, everything was going too well to be true. Only a few months before the business turned one year, I was forced to shut it down.

Which were the causes of the failure?

The business failed because I didn’t know my shit. If I had ten years’ experience, I would have known that you can’t sell a product that so closely resembles other companies IP. I still remember the day I got the phone call, I was sitting in the library processing orders and talking with my supplier when my phone starts ringing with an unusual number on the caller ID. It was a man who claimed to be from a law firm representing a major business in the MP3 industry. The similarity between my MP3 Player and this company’s product was too close. I had to cease operations immediately or be sued. I couldn’t take another order, I couldn’t accept any more payments, and I couldn’t even trade under the same name.

My stomach dropped, I started to sweat and I was utterly… confused. On the computer screen were orders and legally, I couldn’t touch them from now on. The past 7 months of my life gone. I remember coming home, walking into my room and just laying down and staring at the roof for hours, just thinking about what I was going to do. I was a 16 year old in too deep.

The entire process of building a consumer electronics business back in 2008 as a 16-year-old was a challenge. I'm pretty sure my internet connection at the time here in Australia was close to dial-up speeds so imagine the shock when I found out that I could connect to suppliers in China over the web. I mean, everything back then was new to me, I had no fucking idea what I was doing so everything was a challenge. Heck, even getting online at the time was a challenge.

I know now I would be able to manage the business much better. Anyway, I would definitely don’t start again. It’s tough to decide to go back to when you were 16 years old and start over. Majority of my teenage regrets have nothing to do with business and more to do with… other things.

The business was on track to do 6 figures in revenue within the first year. I no longer have access to the financials. However, we had a great profit margin. For example, one of our MP3 players was being purchased for $4.20 and sold for $49.95. In the end, however, I lost everything a 16-year-old could acquire over a 12-month period of time.

I have to be honest when I say that I don’t actively seek out “entrepreneurial resources”. In my world, nobody teaches you how to make the next Hardcore Prawn Lawn, you just drink a shit ton of alcohol and it happens. If I was to recommend anything, it would be a few podcasts people should check out to just get away from reading about the unicorn & just chill:

You can check out my Twitter, my blog or my new project. Thanks for reading!